Are you searching for Monarch TV series news? You’ve come to the right place!

Get all the latest information on the Monarch new tv show here at newshowstv.com.

There are 100s of new 2022 TV shows and new 2022 series coming your way. Monarch Season 1 will be with us eventually, but when? We gather all the news on the series premiere of Monarch to bring you the most accurate Monarch coming soon news and premiere date. 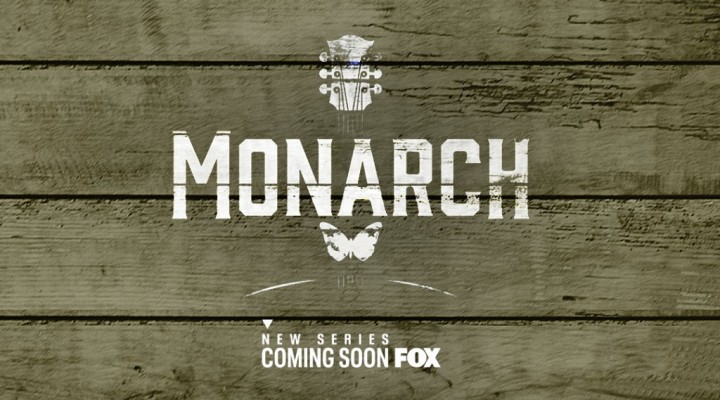 Whether Monarch is ultimately cancelled or renewed for Season 2 will be revealed, but one thing is for sure, Monarch is on our new and 2022 upcoming TV shows list!

"With an incredible pedigree of talent and musical performances, the powerfully compelling drama, MONARCH, is a top priority for FOX Entertainment in 2022. Unfortunately, due to the unavoidable realities of the pandemic and the profound impact Covid-19 continues to have on our industry and around the world, it is necessary to reschedule MONARCH's January 30 debut to the Fall. As the cornerstone of FOX's new 2022-23 slate, shifting a show of this magnitude allows us to have its entire first season produced, create additional, high-profile content and promotional windows to support launch, and give our viewers the best opportunity to enjoy the series as intended with a non-compromised run of episodes. We thank our cast, producers, writers and the entire crew for their tireless work and continued dedication to the country music-filled world that is MONARCH."

Sarandon to Play Family Matriarch; Friel Cast as Heir to the Throne

In MONARCH, the Romans are headed by the insanely talented, but tough as nails Queen of Country Music DOTTIE CANTRELL ROMAN (Sarandon). Along with her beloved husband, Albie, Dottie has created a country music dynasty. But even though the Roman name is synonymous with authenticity, the very foundation of their success is a lie. And when their reign as country royalty is put in jeopardy, heir to the crown NICOLETTE "NICKY" ROMAN (Friel) will stop at nothing to protect her family's legacy, while ensuring her own quest for stardom.

One of Hollywood's most acclaimed actresses, Susan Sarandon brings her own brand of sex appeal and intelligence to every role, from her fearless portrayal in "Bull Durham" to her Academy Award-nominated performances in "Thelma and Louise," "Lorenzo's Oil," "The Client" and "Atlantic City," and her Academy and Screen Actors Guild(R) Award-winning role in "Dead Man Walking" as "Sister Helen," a nun consoling a death-row inmate. Sarandon has made a career of choosing diverse and challenging projects, both in film and television, starting with her acting debut in the movie "Joe," which she soon followed with the 1975 cult classic "The Rocky Horror Picture Show." Sarandon's five Academy Award nominations for Best Actress is a total exceeded by only eight people in history (including Bette Davis, whom Sarandon portrayed in an Emmy Award-nominated performance in the limited series "Feud"). In 2010, Sarandon received her fourth Emmy nomination for work in Barry Levinson's "You Don't Know Jack," with Al Pacino, following an Outstanding Lead Actress nomination in the film "Bernard" and "Doris" and two previous Outstanding Guest Actress nominations in a comedy series ("Friends," "Malcolm in the Middle"). She also has garnered nine Golden Globe and six SAG nominations.

Anna Friel is perhaps best known to American audiences for her starring role in the network drama "Pushing Daisies," for which she received a Golden Globe nomination for Best Actress - Television Series, Musical or Comedy. For her starring role in Hans Rosenfeldt's detective series, "Marcella," she won an International Emmy Award for Best Actress. Other recent TV credits include drama "Deep Water," alongside Sinead Keenan; the three-part drama "Butterfly"; "The Girlfriend Experience"; and the Jimmy McGovern drama "Broken," alongside Sean Bean, for which she was nominated for a BAFTA. Friel also played a leading role in Peter Horton's "American Odyssey." She is set to appear in "The Box," the new miniseries from Adi Hasak. In feature films, she currently stars in "Books of Blood"; "Charming the Hearts of Men," with Kelsey Grammar; and "Sulphur & White," directed by Julian Jarrold. Previous feature credits include "Tomato Red," with Academy Award-nominated director Juanita Wilson; "I.T.," opposite Pierce Brosnan, WW2 drama "Heavy Water War"; "Good People," alongside James Franco and Kate Hudson; "Master Cleanse," with Anjelica Huston; and Michael Winterbottom's "The Look of Love," in which she stars alongside Steve Coogan as the wife of infamous British billionaire Paul Raymond.

· Logline: MONARCH is a Texas-sized, multigenerational musical drama about America's first family of country music. The Romans are fiercely talented, but while their name is synonymous with honesty, the very foundation of their success is a lie. When their reign as country royalty is put in jeopardy, Nicky Roman, the heir to the crown, already battling an industry stacked against her, will stop at nothing to protect her family's legacy.