Are you searching for My Killer Body With K. Michelle TV series news? You’ve come to the right place!

Best 2022-23 TV Shows
Get all the latest information on the My Killer Body With K. Michelle new tv show here at newshowstv.com. 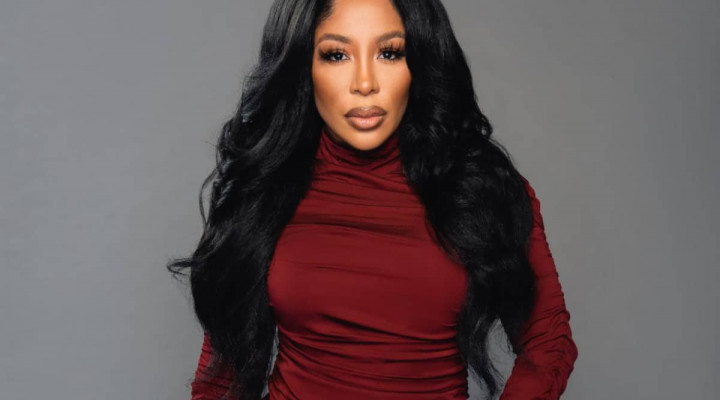 AND FAMILY DOCUSERIES LEAVE IT TO GEEGE

Los Angeles, CA (September 23, 2021) - In addition to the event of a Lifetime with the Janet Jackson documentary, as well as a new season Married at First Sight airing in January 2022, Lifetime expands its unscripted content with the greenlights of three new series to debut next year. The robust slate includes the life-altering plastic surgery transformation series, My Killer Body with K. Michelle, new dating series Five Guys a Week and family docuseries, Leave it to Geege, following a sassy southern mother from Emmy(R)-winning World of Wonder.

"We are so excited for this addictive new slate of unscripted programming that I know will speak to so many women," said Amy Winter, EVP and Head of Programming, Lifetime and LMN. "We know our audience wants to exhale at the end of a long day and these are three great series that deliver on Lifetime's legacy of escapist entertainment, whether it's laughing along with Geege and her unforgettable family, going along for the ride as romance unfolds with Five Guys, or watching someone rebuild their confidence with My Killer Body with K. Michelle."

My Killer Body with K. Michelle

A leader in relationship programming with the Married at First Sight franchise, Lifetime orders twenty, one-hour episodes of the newest spin on dating with Five Guys a Week. The immersive dating series centers on a leading lady each week, looking for love by inviting five men she has selected to move into her actual home. The series pressure tests her potential matches as they all live together in her home, while the guys all vie for her attention. Spending 24/7 time together in cramped living arrangements, the guys will also meet her family and friends who will weigh in along the way on who should be the last man standing. As the week goes by, she eliminates them one by one, until she finds The One. Five Guys a Week is produced by Fremantle's Original Productions for Lifetime, and is based on Fremantle's hit international format. The series is executive produced by Brian Lovett, Jeff Hasler and Roy Orecchio for Original Productions while Amy Winter and Shura Davison executive produces for Lifetime. Casting for Five Guys a Week is currently underway in the NY Tri-State area (CT, Northern NJ, Staten Island, Long Island, Westchester County). For more information, email Singles4TVCasting@gmail.com.

Leave it to Geege

From the Emmy(R)-winning producers from World of Wonder, comes the new family docuseries Leave It to Geege, following Geege Taylor, an Atlanta area single mother of two whose life could be a Lifetime movie. The twice-divorced, breast cancer survivor is also an advocate for autism acceptance, hoping to educate and help others navigate their way through the ups and downs of raising an autistic child following her first-hand experience with her non-verbal 19-year-old son Pootie. Surrounded by her "family" consisting of her southern to the core mother Puddin', daughter Harper and best friends Nicky, George and Tyler, Leave it to Geege provides a glimpse into the chaos and charm of this authentic modern family filled with love and laughter. Leave it to Geege is produced World of Wonder and is executive produced by Fenton Bailey, Randy Barbato, Tom Campbell, Samantha Hartzband and Lynsey Dufour. Brie Miranda Bryant and Kimberly Chessler executive produce for Lifetime.