Are you searching for Naked and Afraid XL TV series news? You’ve come to the right place!

Get all the latest information on the Naked and Afraid XL new tv show here at newshowstv.com. 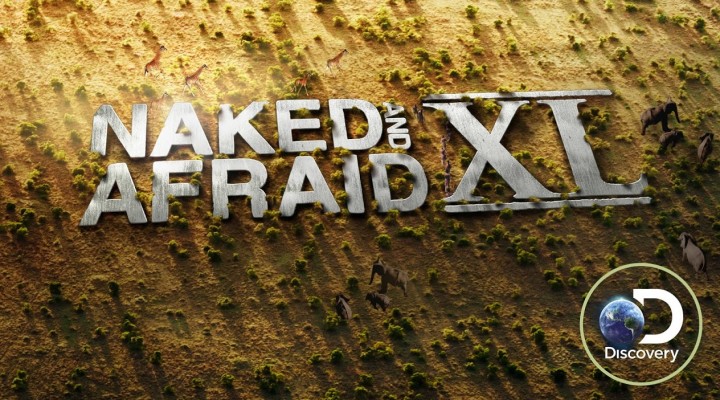 In the all-new season of NAKED AND AFRAID XL, 14 survivalists will test their skills on both land and sea. In the most grueling challenge yet, participants strive to survive a treacherous 40 days and 40 nights on an isolated island completely detached from civilization. Arriving by boat, four teams of three begin their adventures dropped in the brutal South China Sea, forcing them to swim through shark-infested waters to sun-scorched deserted islands of jagged rock beaches and impenetrable cliffs. In addition, two all-stars embark to attempt an unprecedented 60 days surviving in the harsh equatorial wilderness.

In the brand-new season of NAKED AND AFRAID XL, premiering Sunday, June 2nd at 8:00pm ET/PT, the survivalists must work together to gather food and water, build shelter and make fire in this unrelenting waterworld. Audiences will have the opportunity to meet the new XL line-up and see this demanding environment in an all-new preview episode on Sunday, May 26th at 9pm ET/PT. Viewers can catch up on past seasons of NAKED AND AFRAID and NAKED AND AFRAID XL on the Discovery GO app – free with their paid TV subscription.

While all 14 survivalists bring well-tested skillsets, only all-star duo Laura Zerra and Jeff Zausch have already battled through Naked and Afraid 21-day and XL 40-day challenges before. This season will push this elite duo beyond anything they’ve ever attempted, a whopping 60-days surviving the elements. First, Jeff and Laura will take on a 21-day Naked and Afraid challenge and, if they survive, immediately launch into the brutal 40 days of XL.

Audiences will have the opportunity to follow Laura and Jeff’s monumental challenge as they attempt the unprecedented feat in an all new season of the Discovery Go digital series NAKED AND AFRAID: SAVAGE. Launching Sunday, May 19, viewers will witness as two elite survivors battle to complete their most savage test yet.

Many survivalists are entering this season looking to overcome past obstacles including Charlie, who is looking for redemption after his Day One tap-out in his previous attempt on XL, and Manu, who was pushed to the brink of death after contracting dengue fever during her 21-days in Panama. But in this environment where “death can strike from above and below,” each survivalist must dig deep and uncover the skills needed to survive the most grueling XL location to date.

As veteran survivalist Russell exclaims while exploring, “if the Devil owned property, he would rent hell out and live here.” In an unforgiving landscape with snake-filled jungles and relentless typhoons, will the merciless conditions on this island inspire the survivalists to band together, or will the hostile environment be the very thing that tears them apart?

This season’s survivalists include: