Are you searching for No Man’s Land TV series news? You’ve come to the right place!

Get all the latest information on the No Man’s Land new tv show here at newshowstv.com.

There are 100s of new 2021 TV shows and new 2022 series coming in 2021 and 2022. No Man’s Land Season 1 will be with us eventually, but when? We gather all the news on the series premiere of No Man’s Land to bring you the most accurate No Man’s Land coming soon news and premiere date. 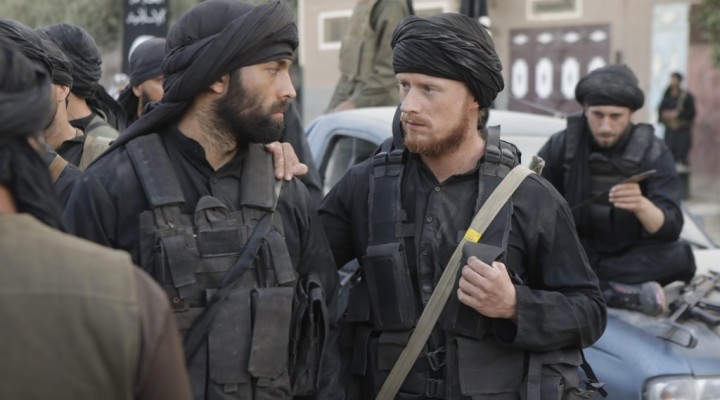 No Man's Land dives into the depths of the Syrian civil war through the eyes of Antoine, a young French man in search of his estranged, presumed to be dead sister. While unraveling the mystery, piece by piece, Antoine ends up joining forces with a unit of Kurdish female fighters, fierce women and ISIS' biggest nightmare, and travels with them in ISIS occupied territory. Antoine's journey crosses paths with adventurers and anarchists, spies and innocent victims, and provides a unique look at the tragic events in Syria, and the way they affect the entire world.
Cast: Félix Moati, Mélanie Thierry and James Purefoy alongside Souheila Yacoub, Joe Ben Ayed, James Floyd, Dean Ridge, Julia Faure, François Caron and Céline Samie.
Crew: Co-created by Ron Leshem (Euphoria), Maria Feldman (False Flag), Eitan Mansuri (When Heroes Fly), and Amit Cohen (False Flag) and written by Amit Cohen and Ron Leshem in collaboration with Xabi Molia (Commes des rois, Les conquérants). Oded Ruskin (False Flag) will serve as the director for all 8 episodes. No Man's Land is produced by Maria Feldman for Masha Productions, Eitan Mansuri and Jonathan Doweck for Spiro Films, Caroline Benjo, Simon Arnal and Carole Scotta for Haut et Court TV, Christian Vesper for Fremantle and co-produced by ARTE France and Versus Production. Fremantle will distribute the series internationally.