Are you searching for Our Great National Parks TV series news? You’ve come to the right place!

Best 2022-23 TV Shows
Get all the latest information on the Our Great National Parks new tv show here at newshowstv.com. 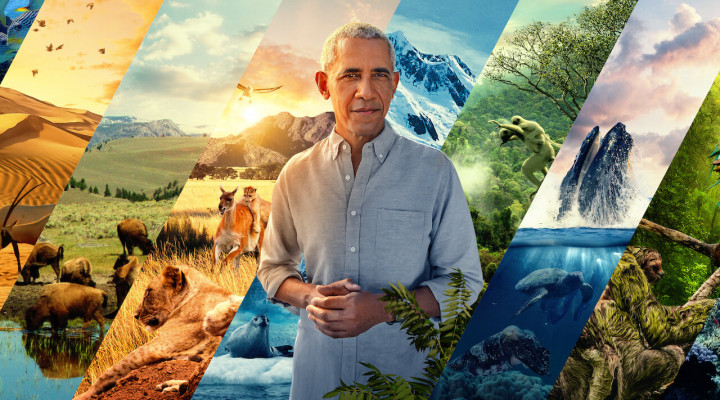 An epic five-part series narrated by President Barack Obama that invites viewers to celebrate and discover the power of our planet's greatest national parks and wild spaces.

An epic five-part series narrated by President Barack Obama that invites viewers to celebrate and discover the power of our planet's greatest national parks and wild spaces.

From the executive producer of Blue Planet II comes OUR GREAT NATIONAL PARKS, a breathtaking five-part series executive produced and narrated by President Barack Obama - who protected more public lands and waters than any other U.S. President in history - that invites viewers to experience nature in the world's most iconic national parks. Spanning five continents, the series brims with wonder, humor, and optimism as each episode tells the story of a national park through the lives of its wildest residents - both big and exceptionally small - and explores our changing relationship with wilderness. Traveling from the waters of Monterey Bay, California, to the bright red soil of Kenya's Tsavo National Park, the lush rainforests of Indonesia's Gunung Leuser National Park, the majestic terrain of Chilean Patagonia, and more, OUR GREAT NATIONAL PARKS beckons us to get out and explore, create new ways for these wild places to thrive, and vigorously preserve them for future generations to come. This series is a Wild Space production in association with Higher Ground Productions and Freeborne Media.

COMMUNITY ENGAGEMENT In collaboration with Higher Ground Productions and Freeborne Impact, the Wildlife Conservation Society and Count Us In will launch a campaign to activate inspired audiences to learn more about nature protection and its many benefits to human, animal and climate health. Using the social hashtag #WildForAll, interested viewers can share the wild spaces in their personal lives while learning about the spaces others enjoy - all toward the goal of ultimately making a meaningful change for our world. To learn more, please visit WildForAll.org

A NOTE FROM HIGHER GROUND PRODUCTIONS

Barack Obama was the 44th President of the United States. During his administration, President Obama established and expanded protections for more than 550 million acres of America's public lands and waters, more than any other U.S. president in history. In 2009 he signed the most extensive expansion of land and water conservation in a generation, which designated more than two million acres of Federal wilderness and protected thousands of miles of trails and more than one thousand miles of rivers. He completed one of the largest marine monuments in the world, which is completely off-limits to commercial resource extraction, and he announced more recoveries under the Endangered Species Act than had been done under any previous administration. As part of an effort to encourage and give access to wild spaces, he launched an initiative now known as Every Kid Outdoors that provides all fourth-grade students and their families free admission to all Federal lands and waters for a full year.