Are you searching for Overhaulin’ TV series news? You’ve come to the right place!

Get all the latest information on the Overhaulin’ new tv show here at newshowstv.com.

There are 100s of new 2022 TV shows and new 2022 series coming your way. Overhaulin’ Season 1 will be with us eventually, but when? We gather all the news on the series premiere of Overhaulin’ to bring you the most accurate Overhaulin’ coming soon news and premiere date. 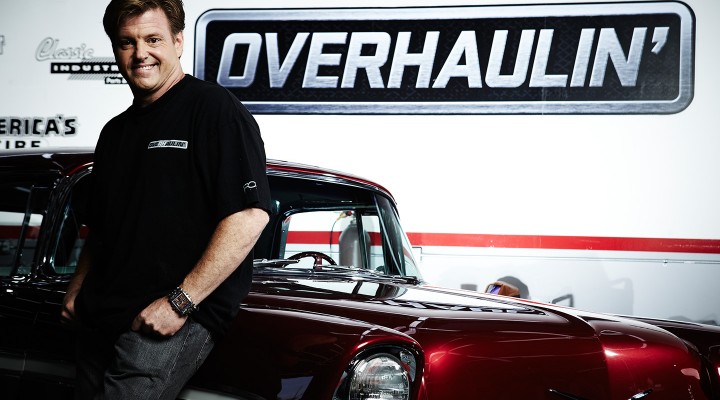 
Whether Overhaulin’ is ultimately cancelled or renewed for Season 2 will be revealed, but one thing is for sure, Overhaulin’ is on our new and 2022 upcoming TV shows list!

Chris Jacobs, Chip Foose, Adrienne Janic and the A-Team Are Back Changing the Lives of Deserving, Passionate Car People Starting Saturday, November 16 on the MotorTrend App

The much-loved series OVERHAULIN' makes its long-awaited return on Saturday, November 16 with all-new episodes available exclusively on the MotorTrend App, the only subscription streaming service dedicated entirely to the motoring world. Renowned car designer Chip Foose, cohosts Chris Jacobs and Adrienne Janic (A.J.) and the OVERHAULIN' A-Team, to the delight of automotive fans everywhere, have reunited to change the lives of deserving people by transforming timeworn, rundown rides into exceptional works of fresh, four-wheeled art.

The amazing imagination of Foose, the cunning of cohost Chris Jacobs and the hard work of the A-Team have changed the lives of more than 100 car owners by dramatically renovating their beloved but rundown vehicles on OVERHAULIN'. For years thousands of fans have submitted proposals or flooded social media with submissions to surprise their loved one with completely reborn rides, courtesy of the OVERHAULIN' franchise.

Off the airwaves since 2015, the MotorTrend App is bringing back OVERHAULIN' exclusively to subscribers with all new episodes that include: