Are you searching for Paradise Hotel TV series news? You’ve come to the right place!

Get all the latest information on the Paradise Hotel new tv show here at newshowstv.com.

There are 100s of new 2022 TV shows and new 2022 series coming your way. Paradise Hotel Season 1 will be with us eventually, but when? We gather all the news on the series premiere of Paradise Hotel to bring you the most accurate Paradise Hotel coming soon news and premiere date. 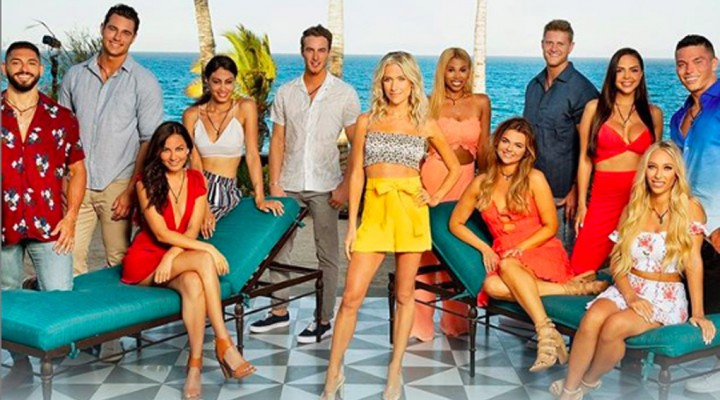 Television personality and reality star Kristin Cavallari is tapped to host the brand-new PARADISE HOTEL, the innovative unscripted dating competition series in which sexy singles try to remain in paradise for as long as possible by pairing up. In the reinvention of the hit series, viewers will play along at home using social media to try and influence the action on the show. The trailblazing series will debut with a special, two-hour premiere Thursday, May 9 (8:00-10:00 PM ET/PT) on FOX, and will air three nights a week in an "as it happens" format during its five-week run. Following the Thursday night premiere, the series will air on Mondays (starting May 13 at 9:00-10:00 PM ET/PT), Wednesdays (starting May 15 at 9:00-10:00 PM ET/PT) and, with LIVE elements, on Thursdays (8:00-10:00 PM ET/PT).

"Kristin grew up on the frontlines of reality television and is the perfect host to introduce PARADISE HOTEL to a new generation of viewers," said Rob Wade, President, Alternative Entertainment and Specials, FOX Entertainment. "The show is a fun balance of romantic love, cutthroat competition and humor, and Kristin's unique experience, especially with live television, makes her the best person to navigate the wild, unpredictable moments."

"I'm so excited to be hosting PARADISE HOTEL this summer!" said Cavallari. "This show literally has everything - dating, love triangles, alliances, competition - and I can't wait to stir the pot and have a front-row seat to all the drama!"

The modernized version of the international hit is executive-produced by SallyAnn Salsano (495 Productions, "Jersey Shore Family Vacation," "Jersey Shore," "The Bachelor"); Becca Walker ("Love Island," "I'm A Celebrity Get Me Out of Here!"); James Sunderland ("America's Got Talent," "SafeWord," "Lip Sync Battle Shorties"); Paul Osborne ("Big Brother," "Celebrity Wife Swap," "Secret Millionaire"); and Celia Taylor ("50 Ways to Kill Your Mammy," "A League of Your Own, with James Corden," "An Idiot Abroad") of Mentorn Media, the original creators of the groundbreaking "Paradise Hotel" format.

PARADISE HOTEL follows a group of singles who are given the opportunity of a lifetime - to check in to an exclusive tropical resort - and check out with big money. Immersed in a gorgeous setting, these strangers will be surrounded by sun, fun, flirtation and romance - all cloaked in a wild competition. This paradise won't last forever...it will take strategy to remain there. Each week, one single will leave the hotel to make room for a brand-new guest. In a new twist, viewers can play along at home, using social media to try and influence what happens on screen, including helping to decide who stays and who goes.

Having first aired on FOX in 2003, PARADISE HOTEL then became an international hit, produced around the world in more than 18 countries.

Kristin Cavallari is best known for her role on the first season of "Laguna Beach: The Real Orange County." After two successful seasons on the hit show, Cavallari appeared in numerous films, such as "Van Wilder: Freshman Year" and "Green Flash." She joined the cast of the popular reality series "The Hills," and was a contestant on Season 13 of "Dancing with the Stars." In 2016, Cavallari penned a New York Times best-seller, "Balancing In Heels: My Journey to Health, Happiness, and Making It All Work." The following year, her first cookbook, "True Roots," also hit the New York Times bestseller list. Cavallari founded her own lifestyle brand, Uncommon James, with a flagship store in Nashville. In July 2018, she made her return to reality TV with her new docu-series, "Very Cavallari," currently in its second season.