Are you searching for Password TV series news? You’ve come to the right place!

Best 2022-23 TV Shows
Get all the latest information on the Password new tv show here at newshowstv.com.

There are 100s of new 2022 TV shows and new 2023 series coming your way. Password Season 1 will be with us eventually, but when? We gather all the news on the series premiere of Password to bring you the most accurate Password coming soon news and premiere date. 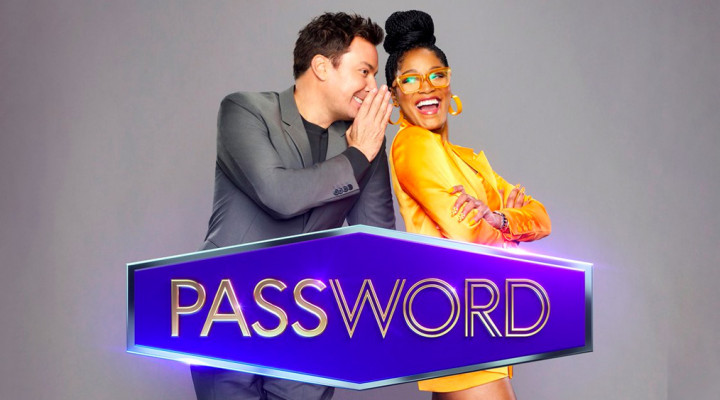 Whether Password is ultimately cancelled or renewed for Season 2 will be revealed, but one thing is for sure, Password is on our new and 2022 upcoming TV shows list!

THE "PASSWORD" IS... ICONIC GAME SHOW COMING TO NBC THIS SUMMER

One of the most iconic game shows in television history, "Password" is coming to NBC primetime this summer. The series, which has in recent years found a new generation of fans on "The Tonight Show Starring Jimmy Fallon," will be hosted by Emmy Award-winning actress Keke Palmer and star of Jordan Peele's upcoming movie, "Nope."

Palmer will command the "Password" podium as contestants from all walks of life are partnered with Jimmy Fallon and other celebrities to face off in the ultimate game of words. Fallon will play in each of the eight hourlong episodes as the celebrity/contestant duos compete for cash prizes by guessing a secret password using only one-word clues.

The premiere episode will be dedicated to Betty White. Regularly playing on "Late Night with Jimmy Fallon," the iconic TV star has long been thought of as "Password's" greatest player. The season will then culminate with a special episode featuring a star-studded, all-celebrity lineup playing for charity.

The trailblazing series established itself as the original celebrity word game when it launched in 1961 and has showcased hundreds of celebrity guests and generated several spinoffs over the course of six decades. NBC revived the show in 1979 and 1984 prior to becoming a hit game on both "Late Night with Jimmy Fallon" and "The Tonight Show."

It was recently announced that Fallon's other hit primetime series, "That's My Jam," was renewed for a second season on NBC.

"Password" is produced by Fremantle in association with Universal Television Alternative Studio and Electric Hot Dog. Jimmy Fallon, Jim Juvonen, and Jennifer Mullin will serve as executive producers, along with John Quinn who will also serve as showrunner.