Are you searching for Percy Jackson and the Olympians TV series news? You’ve come to the right place!

Best 2022-23 TV Shows
Get all the latest information on the Percy Jackson and the Olympians new tv show here at newshowstv.com. 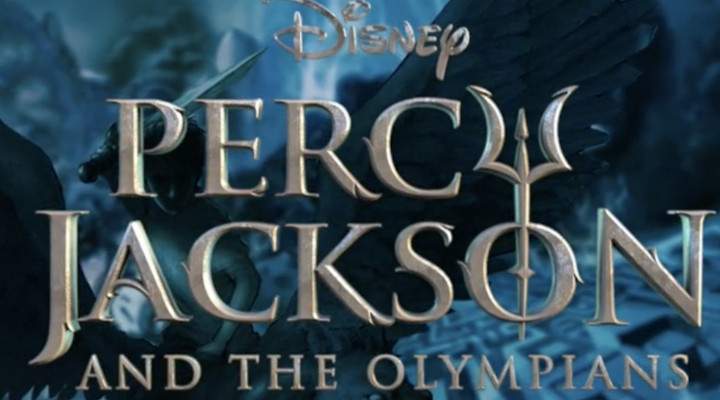 DISNEY+ HAS ORDERED A THRILLING QUEST BASED ON "PERCY JACKSON AND THE OLYMPIANS," THE INTERNATIONALLY BEST-SELLING BOOK SERIES BY RICK RIORDAN, TO GO INTO PRODUCTION THIS SUMMER

Riordan and Jon Steinberg Will Write the Pilot with James Bobin Directing; All Three Serve As Executive Producers on the Disney Branded Television Series From 20th Television

Rick Riordan announced it today in a message on Disney+'s social media.

Geared towards a general audience and especially tweens, teens, and young adults, the live action series tells the fantastical story of a 12-year-old modern demigod, Percy Jackson, who's just coming to terms with his newfound supernatural powers when the sky god Zeus accuses him of stealing his master lightning bolt. Now Percy must trek across America to find it and restore order to Olympus.

Ayo Davis, president of Disney Branded Television, said, "With Rick Riordan, Jon Steinberg and Dan Shotz leading our creative team, we're deep into creating a compelling TV series worthy of the heroic mythological characters that millions of Percy Jackson readers know are well-worth caring about, and we're eager to invite Disney+ audiences into stories that are true to the blockbuster franchise and full of anticipation, humor, surprise, and mystery."

Added 20th Television President Karey Burke, "Bringing Rick Riordan's brilliant Percy Jackson books to Disney+ as a television series has been a mission for so many of us at this company as well as for Rick himself, and Jon, Dan, James and the excellent team they have assembled have proven to be the perfect collaborators. Thanks to our friends at Disney Branded Television led by Ayo, and Disney Streaming led by Michael, this will be an adaptation for the ages, with all the excitement, action and mythology fans of the books expect and love."

"The opportunity to deliver a new fantastical series based on the bestselling book franchise to audiences around the world is thrilling and we look forward to what our partners at 20th Television, Disney Branded Television and the ingenious Rick Riordan have in store for demigods everywhere." said Michael Paull, president of Disney Streaming.

A former teacher turned best-selling author, Riordan has a spectacular record of success and is the #1 author at Disney Hyperion. In 2016, he and Disney Hyperion launched the Rick Riordan Presents imprint with the ongoing goal to find, nurture, and promote diverse and under-represented authors of mythology-based fiction for middle grade readers.

Jon Steinberg is currently the co-creator, executive producer and showrunner of "The Old Man," a new series for FX on HULU slated to air in 2022. Steinberg and his longtime producing partner Dan Shotz signed an overall deal with 20th TV in 2019 to create, develop and oversee series for Disney. Prior to that, Steinberg co-created and executive-produced "Black Sails" for its 4 season run on STARZ, which won 3 primetime Emmy Awards. Steinberg was also the executive producer of "See" for Apple TV+ and was the creator and executive producer of "Human Target" for FOX, which he developed along with DC Comics. The first series Steinberg co-created was cult-favorite "Jericho" for CBS.

James Bobin is a director, writer, and producer who most recently served as director and executive producer on "The Mysterious Benedict Society" for Disney+. He also directed the feature film "Dora and the Lost City of Gold" for Paramount. He is best known for resurrecting the Muppets franchise, directing "The Muppets" starring Amy Adams and Jason Segel, which was an international sensation and spurred a sequel, "Muppets Most Wanted," which Bobin also directed. In television, he is well known for his work as writer/directed on "Da Ali G Show," on which he helped create the characters of Ali G, Borat, and Brüno, and for co-creating and directing the HBO show, "Flight of the Conchords." He also directed Johnny Depp, Sacha Baron Cohen and Helena Bonham Carter in "Alice Through The Looking Glass" for Joe Roth and Disney.