Are you searching for Pinecone & Pony TV series news? You’ve come to the right place!

Best 2022-23 TV Shows
Get all the latest information on the Pinecone & Pony new tv show here at newshowstv.com.

There are 100s of new 2022 TV shows and new 2023 series coming your way. Pinecone & Pony Season 1 will be with us eventually, but when? We gather all the news on the series premiere of Pinecone & Pony to bring you the most accurate Pinecone & Pony coming soon news and premiere date. 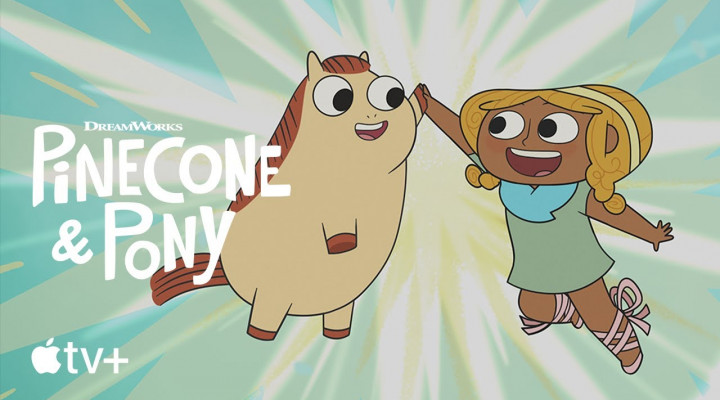 Based on the book "The Princess and the Pony" by New York Times bestselling author Beaton, and hailing from DreamWorks Animation and First Generation Films, "Pinecone & Pony" is an eight-episode animated comedy for kids and families about a young girl named Pinecone who, with the help of her best friend Pony, is learning that there's more than one way to be a warrior. Together they'll show their world how to challenge expectations, and that life can be a fun-filled adventure if you let it.

The new series will premiere alongside an expanding and award-winning lineup of original films and series for kids and families on Apple TV+, including the recently premiered critically-acclaimed "El Deafo"; "Fraggle Rock: Back to the Rock" and "Harriet the Spy" from The Jim Henson Company; "Hello, Jack! The Kindness Show" from Jack McBrayer and Angela C. Santomero; Daytime Emmy Award-winning "Ghostwriter" and "Helpsters" from Sesame Workshop; Academy Award-nominated animated film "Wolfwalkers"; new series and specials from Peanuts and WildBrain including "The Snoopy Show" season two, "Snoopy in Space" season two and "For Auld Lang Syne"; and "Here We Are: Notes for Living on Planet Earth," the Daytime Emmy Award-winning television event based on the New York Times bestselling book and TIME Best Book of the Year by Oliver Jeffers.