Are you searching for Powerless TV series news? You’ve come to the right place!

Best 2022-23 TV Shows
Get all the latest information on the Powerless new tv show here at newshowstv.com.

There are 100s of new 2022 TV shows and new 2023 series coming your way. Powerless Season 1 will be with us eventually, but when? We gather all the news on the series premiere of Powerless to bring you the most accurate Powerless coming soon news and premiere date. 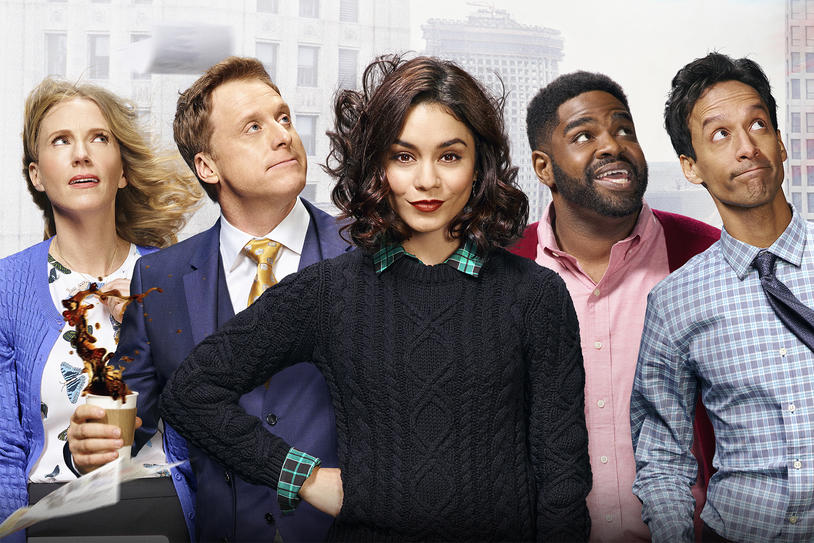 Whether Powerless is ultimately cancelled or renewed for Season 2 will be revealed, but one thing is for sure, Powerless is on our new and 2022 upcoming TV shows list!

In the first comedy series set in the universe of DC Comics, Vanessa Hudgens (“Grease Live,” “High School Musical”) plays Emily, a spunky young insurance adjuster specializing in regular-people coverage against damage caused by the crime-fighting superheroes. It’s when she stands up to one of these larger-than-life figures (after an epic battle messes with her commute) that she accidentally becomes a cult “hero” in her own right … even if it’s just to her group of lovably quirky co-workers. Now, while she navigates her normal, everyday life against an explosive backdrop, Emily might just discover that being a hero doesn’t always require superpowers.
The cast includes Vanessa Hudgens, Alan Tudyk, Danny Pudi and Christina Kirk.
Ben Queen serves as writer and executive producer. Director Michael Patrick Jann (pilot) also executive produces. “Powerless” is produced by Warner Bros. Television and based on the characters from DC Comics.