Are you searching for Private Eyes TV series news? You’ve come to the right place!

Get all the latest information on the Private Eyes new tv show here at newshowstv.com.

There are 100s of new 2022 TV shows and new 2022 series coming your way. Private Eyes Season 1 will be with us eventually, but when? We gather all the news on the series premiere of Private Eyes to bring you the most accurate Private Eyes coming soon news and premiere date. 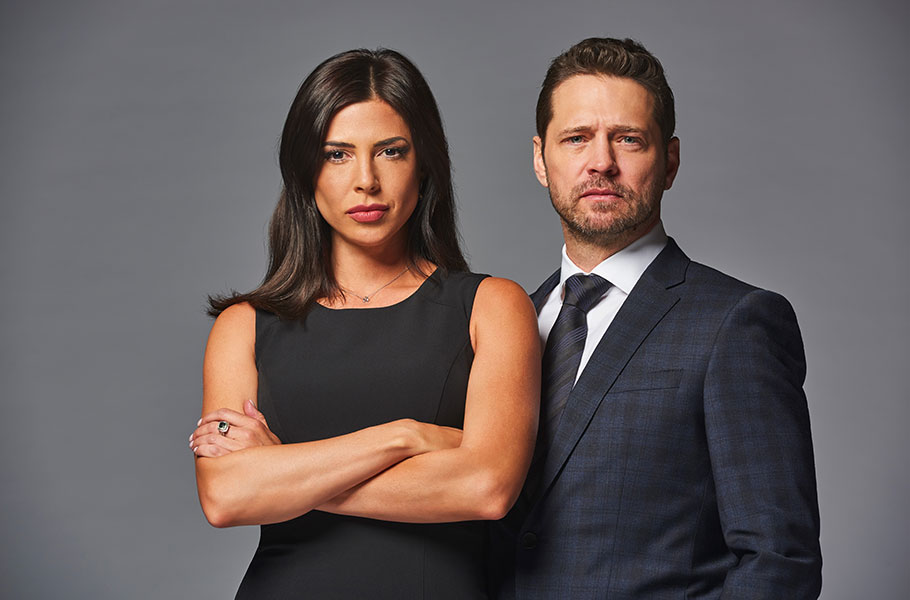 Whether Private Eyes is ultimately cancelled or renewed for Season 2 will be revealed, but one thing is for sure, Private Eyes is on our new and 2022 upcoming TV shows list!

There’s a new P.I. duo heating up Global’s summer schedule as Jason Priestley (Call Me Fitz, Beverly Hills, 90210)) returns to Global, alongside Canadian actress Cindy Sampson (Supernatural), in the original crime-solving series Private Eyes (formerly The Code). From global studio Entertainment One Television (eOne), the 10-episode procedural drama which is filmed and set in Toronto follows ex-pro hockey player Matt Shade (Priestley) who irrevocably changes his life when he decides to team up with fierce P.I. Angie Everett (Sampson) to form an unlikely investigative powerhouse.
Shade sees working with Angie as an opportunity to redeem himself from his checkered past. On the ice, he learned how to hustle, read people and anticipate their moves. Working with Angie, Shade discovers a fantastic rush of adrenaline, and realizes that he’s found a new home where his skills still matter. Meanwhile, Angie took over her father’s agency after his death and strives to keep his legacy alive. Each case is an opportunity for her to test her smarts, strength, and strategic thinking. Angie may find Shade naïve in the way that he sees the world, but his passion and heart bring something special to her one-woman business.