Are you searching for Private Lives of the Monarchs TV series news? You’ve come to the right place!

Get all the latest information on the Private Lives of the Monarchs new tv show here at newshowstv.com. 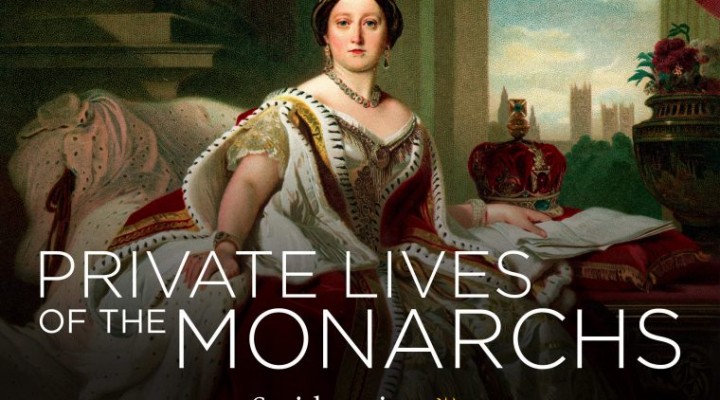 "PRIVATE LIVES OF THE MONARCHS"

NEW YORK - April 22, 2019 - Smithsonian Channel slips into the bedchambers and back rooms of Britain and France's royal palaces to discover the PRIVATE LIVES OF THE MONARCHS. Hosted by Tracy Borman, joint Chief Curator of the Royal Palaces, this five-part series uncovers the nitty-gritty, down and dirty and outright strange about the most iconic rulers of our history books - from the infamous Henry VIII to the "mad" King George III and up to Queen Victoria's long-lasting reign. The series takes Borman through the royal palaces and castles of these monarchs to seek out rare documents and artifacts that tell the hidden and illicit stories of their reigns - their affairs, ailments, drug use and more. PRIVATE LIVES OF THE MONARCHS premieres Monday, May 20 at 8 p.m. ET/PT on Smithsonian Channel.

The series premiere, QUEEN VICTORIA, has Borman explore the Queen's relationships to the important men in her life, most specifically her eldest son Edward, a child that she came to utterly despise. In following the prince's story, Borman travels to the brothels of Paris and notorious spouse-swapping rooms of Marlborough House - the prince's official residence. Here she uncovers Edward's tumultuous private life - the identities of his long-term mistresses, stories of his various conquests of the flesh, a bathtub in which he bathed in champagne and his specially made "seige d'amour," a love seat of unique shape and function.

Subsequent episodes of PRIVATE LIVES OF THE MONARCHS are:

Hampton Court and the Tower of London are the scenes of one of Borman's favorite subjects - the roller-coaster private life of England's most infamous king, Henry VIII. A much more complex man than his reputation suggests, Henry VIII was well-mannered and rather prude, relying on astrology and quack medicines to combat his ill health and ever-increasing weight. While history books remember him solely as a king with a bad temper and eight wives, Borman reveals the king's true day-to-day life and how it adapted as his waist expanded to 54 inches around.

Borman journeys to the magnificent Palace of Versailles - the extraordinary testimony to the reign of Louis XIV, who ruled France for an incredible 72 years. From here, our host will uncover some truly unique facts about the self-styled "Sun King" - his collection of over 1,000 wigs and 400 beds, his secret and unrecorded 30-year marriage to Francois D'Aubinge and a post-mortem exam that revealed a stomach twice the average size. It has also been claimed that the king bathed only three times in his entire life - a stark contrast to the splendor and sophistication of the palace he built in his name.

The story of the tragic "mad" King George III and his son, the Prince Regent, are forever intertwined, a tough and complicated relationship between father and son that would largely define them both. Their fractious relationship was only made worse by the King's "madness" - a condition that has attracted interesting theories over the centuries. Borman explains how a handsome and popular young man turned into a bloated, boorish and bullying monster - inclined to abusive and callous behavior in his private life - and how this would completely overshadow his reign until he went unloved and unmourned to his grave.

Borman explores the colorful private life of Charles II, a man who was said to be "too randy to rule."The king's reign saw some of the most turbulent times in England, ruling during both the Great Plague and the catastrophic Great Fire of London in the mid-17th century. Behind the tragedy, however, was a royal court obsessed with sex. Borman investigates the king's penchant for the seedier side of London - his love of actresses and prostitutes, his sexual proclivity and his 24-hour on-call "pox doctor," and how his exploits had an adverse effect on his very important day job.

PRIVATE LIVES OF THE MONARCHS is produced by Bruce Burgess and Matthew Bone of Like A Shot Entertainment. Joy Galane and David Royle serve as executive producers for Smithsonian Channel.