Are you searching for Ragdoll TV series news? You’ve come to the right place!

Get all the latest information on the Ragdoll new tv show here at newshowstv.com.

There are 100s of new 2022 TV shows and new 2022 series coming your way. Ragdoll Season 1 will be with us eventually, but when? We gather all the news on the series premiere of Ragdoll to bring you the most accurate Ragdoll coming soon news and premiere date. 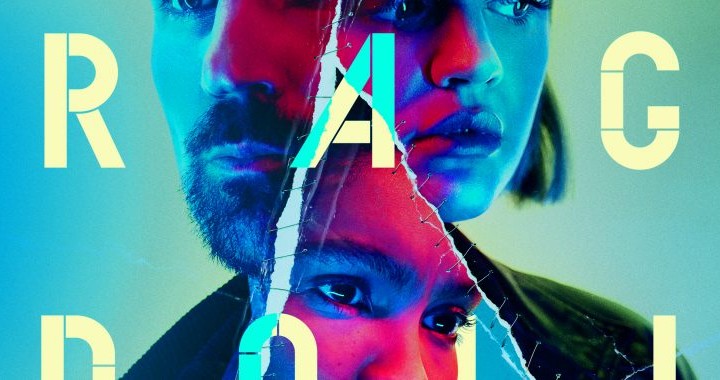 
Whether Ragdoll is ultimately cancelled or renewed for Season 2 will be revealed, but one thing is for sure, Ragdoll is on our new and 2022 upcoming TV shows list!

Assigned to a shocking new case, nicknamed The Ragdoll, are DS Rose, DI Baxter and DC Edmunds. The 'Ragdoll Killer' taunts the police by sending them a list of his next victims, with Rose's name at the very end. And with those victims to protect, our heroes soon come under intense public scrutiny. A gruesomely imaginative serial killer thriller, Ragdoll also captures the fascinating but flawed friends struggling with the consequences of institutionalisation and trauma.

Henry Lloyd-Hughes can currently be seen starring in Netflix's The Irregulars, in which he plays a very different imagining of the iconic character 'Sherlock Holmes.' Prior to this, he became a familiar face across the world in season two of Killing Eve as 'Aaron Peel,' a sociopathic, crypto tech millionaire, and via his role in BBC One's six-part television adaptation of Les Misérables alongside Josh O'Connor, Lily Collins, Dominic West and Olivia Colman. Other notable credits include: Julian Fellow's The English Game on Netflix, BBC One's adaptation of Agatha Christie's novel The Pale Horse, Channel 4's Indian Summers, iconic E4/C4 comedy television series The Inbetweeners and the subsequent feature adaptation and Joanna Hogg's Unrelated with Tom Hiddleston, to name a few.

Lucy Hale first dominated the television screens in Freeform's wildly popular series Pretty Little Liars, and has gone on to capture the hearts of big- and small- screen enthusiasts in projects such as Blumhouse's Fantasy Island, the CW's Katy Keene and Warner Bros.' Sisterhood of the Traveling Pants 2. Her upcoming projects include Big Bold Brick opposite Andy Garcia, Megan Fox and Oscar Issac, Son Of The South from Executive Producer Spike Lee, The Hating Game, based off the best-selling book and Borrego in which she stars and serves as executive producer.

"We're thrilled to have Lucy, Thalissa and Henry on board as three ideal leads to bring Ragdoll to life," said Dan McDermott, President of Original Programming for AMC Networks and Co-Head of AMC Studios. "We're excited to begin filming with our partners at Sid Gentle Films and to watch these three talented actors play off each other through these darkly intriguing and intricately drawn characters."

Executive producer Sally Woodward Gentle says, "It is so exciting to be working with the wonderfully creative Henry again and a dream to have the incredibly talented Thalissa as one of our wonderful leads. With the addition of the charismatic Lucy, we have a really magical trio bringing this adaptation to life."

Ragdoll was commissioned for AMC by Dan McDermott and Kristin Jones and has been commissioned for Alibi by Philippa Collie Cousins, Commissioning Editor, Drama, with Head of Scripted Pete Thornton and ordered by Emma Ayech, Channel Director for Alibi. At UKTV Richard Watsham is the Director of Commissioning and Adrian Wills is Genre General Manager for Drama and Lifestyle. The book deal was brokered by Luke Speed at Curtis Brown Group.