Are you searching for Raising Wild TV series news? You’ve come to the right place!

Get all the latest information on the Raising Wild new tv show here at newshowstv.com.

There are 100s of new 2022 TV shows and new 2022 series coming your way. Raising Wild Season 1 will be with us eventually, but when? We gather all the news on the series premiere of Raising Wild to bring you the most accurate Raising Wild coming soon news and premiere date. 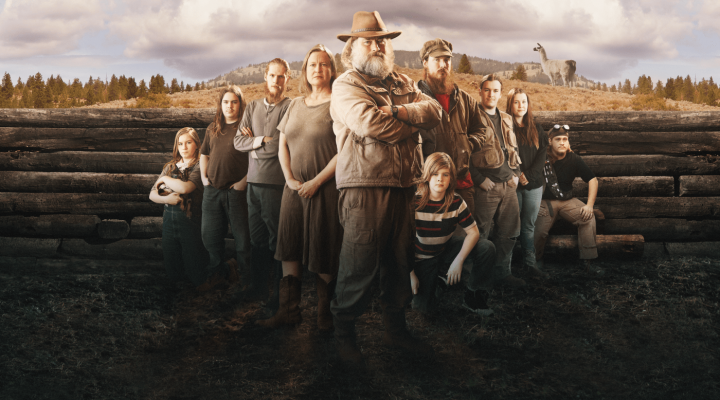 
Whether Raising Wild is ultimately cancelled or renewed for Season 2 will be revealed, but one thing is for sure, Raising Wild is on our new and 2022 upcoming TV shows list!

The Hines family was your typical close-knit Texas suburban family, who struggled with the distractions of modern technology. Patriarch Brett Hines, a former Army counter-intelligence officer and military contractor, was often away on missions while mother Wendy stayed home and took care of their seven children. After nearly two decades of service, Brett realized how disconnected they were as a family and to the world around them, so he had a vision to create a homestead completely off-grid in the wilderness of the Pacific Northwest. Using skills and techniques honed by Brett in the military overseas, the family must learn to secure food, power and heat for survival. But as winter rapidly approaches, will Brett's military experience be enough for them to successfully survive the harsh conditions they must face, and become a closer family than ever?

RAISING WILD highlights this modern family as they embark on a once-in-a-lifetime journey to become homesteaders when it premieres on Sunday, June 2th at 10:00pmET/PT.

In the first episode, Brett and Wendy begin their new lives in the remote wilderness with their children Nathan, Sarah, her husband Drew, Joshua, Evelyn, Ariel and Daniel. Each family member brings a unique set of skills to the team, including Nathan who can build almost anything with things he salvages from the land and Ariel who takes on all cooking duties.

Brett takes Daniel, a 12-year-old with adventurous spirit, into the backcountry to canvas and inspect the area around them. Since Daniel is the youngest, Brett wants to make sure Daniel's "curiosity doesn't get him into trouble." As they are searching for materials, he explains the importance of watching each other's backs while a person is working on a project especially since they have identified bear footprints around the home.

While Sarah, Joshua, Drew and Evy seek out new livestock, Michael and Nathan begin the family's first major build, a greenhouse built into the hillside like those Brett witnessed serving in Afghanistan.

With the clock ticking towards winter, they must rely on strong family teamwork, help from eccentric neighbors, and the return of eldest son Michael, to realize their new American Dream.