Are you searching for The Real Housewives of Dallas TV series news? You’ve come to the right place!

Get all the latest information on the The Real Housewives of Dallas new tv show here at newshowstv.com. 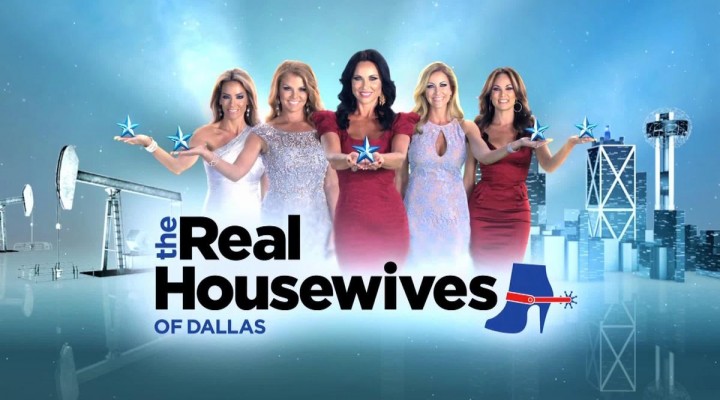 Bravo Media travels to the Southwest with cowboy boots, class, and a big dose of sass with The Real Housewives of Dallas. A natural expansion for The Real Housewives franchise, the extravagant, over-the-top city of Dallas is deeply rooted in Texan pride, where people believe that if they are lucky enough to live in the Lone Star State, they are lucky enough. The series delves into the lives of five sophisticated southern socialites – Cary Deuber, Tiffany Hendra, Stephanie Hollman, LeeAnne Locken and Brandi Redmond, along with their friend Marie Reyes – as they climb their way to the top of the city's most exclusive circle. With big wallets, big hearts and even bigger drama, these ladies prove why you don’t mess with Texas, let alone a Housewife.

"The Real Housewives of Dallas" premieres on Wednesday, September 4 at 9pm ET/PT on Bravo.

The ladies are joined by new housewife Kary Brittingham.

Friend, Cary Deuber, will also appear throughout the season.

On the heels of adopting baby Bruin, the Redmond residence is crazier than ever. This season, Brandi struggles to connect with her eldest daughter who is approaching her terrible tweens. Constantly juggling the needs of her three children, Brandi questions if she has room for more.

D'Andra's life-long dream of taking over the family business isn't going exactly the way she planned. To make matters worse, her fiery feud with former bestie LeeAnne turns into a cold war leaving her to question if they'll ever be able to mend broken fences.

LeeAnne refuses to let anyone or anything rain on her impending nuptial parade. But an unexpected betrayal and a shocking allegation threatens to set this bride off.

After opening up about her struggle with depression, Stephanie continues to be more honest and true to herself, but not without complications. An unforeseen feud with an assumed ally threatens to bring her to her breaking point.

Kameron jumps into this season with a renewed sense of fun and fabulousness. But it's not all rosy for this blonde bombshell when a seemingly unforgivable faux pas from Brandi and Stephanie sends her into a fit over formalities.

Introduced to the ladies by D'Andra, new housewife, Kary Brittingham lives just down the street with her husband and four kids. Originally from Guadalajara, Mexico, this self-proclaimed "feisty" female isn't afraid to speak the truth. Kary makes fast friends with these Dallas divas, but her relationship with LeeAnne gets off to a rocky start.

Busy with her booming business, Cary Deuber has little time for Dallas drama except when supporting her former frenemy turned gal pal, LeeAnne as she celebrates her big day.