Are you searching for The Real Housewives of Orange County TV series news? You’ve come to the right place!

Get all the latest information on the The Real Housewives of Orange County new tv show here at newshowstv.com. 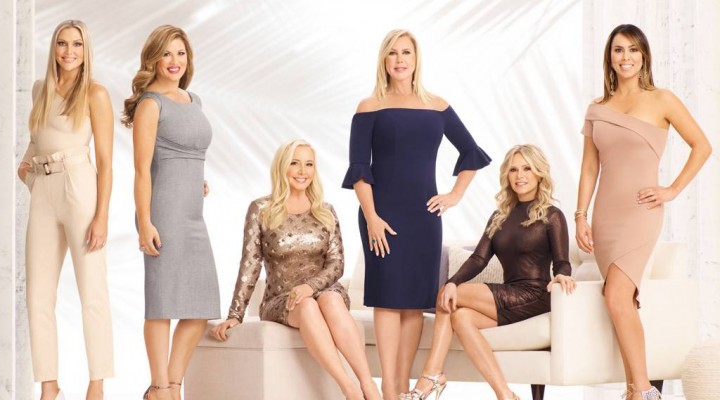 "The Real Housewives of Orange County" premieres on Tuesday, August 6 at 9pm ET/PT on Bravo.

The ladies are joined by new housewife Braunwyn Windham-Burke.

The tres amigas are back with their número uno, the OG of the OC, Vicki Gunvalson, who appears throughout the season.

Tamra is moving on up, as she settles into her new home behind the gates of the neighborhood that started it all, Coto de Caza. With Eddie's heart condition on the mend, she finds herself nursing the relationships around her as she is caught in the middle, not only at home with her two sons Ryan and Spencer arguing over their beliefs, but also with Vicki and Kelly, who both refuse to back down.

Having shed over forty pounds and the baggage of her marriage, Shannon is back on the fun bus as she juggles her many suitors. It's her year of transformation, as she tightens and lightens and does her best to avoid the negativity around her.

After enjoying her short stint of the single life, Kelly has ditched her "bench" in favor of her new boyfriend, Dr. Brian, a plastic surgeon. Still reeling from the accusations at last year's reunion, more shocking allegations are spread about Kelly causing her to reassess how she deals with anger.

Powering her way through a difficult year, Gina leans on the ladies more than ever as she opens up about her heartache and mistakes. She finds an unlikely ally in the group as her other friendships are put to the test.

With Shane busy studying for the California Bar exam, Emily carries the full load of her home life, functioning as a single mother to her three young kids and step kids. As Emily and her husband approach their ten years of marriage, his absence weighs on her, overshadowing their landmark anniversary.

Brought into the group through Kelly, new housewife Braunwyn is a mother of seven with a full house including a baby, toddler, twin kindergarteners and three teenagers. When she is not escaping to her love shack with husband Sean, Braunwyn is always ready for a mom's night out as she gets to know these OC ladies in more ways than one.

Vicki finds herself in the hot seat once again after hopping on the rumor mill train. But she doesn't let that detour her way to happiness as her love tank is full when Steve finally pops the question that she has been eager to hear.