Are you searching for Savage Builds TV series news? You’ve come to the right place!

Get all the latest information on the Savage Builds new tv show here at newshowstv.com.

There are 100s of new 2022 TV shows and new 2022 series coming your way. Savage Builds Season 1 will be with us eventually, but when? We gather all the news on the series premiere of Savage Builds to bring you the most accurate Savage Builds coming soon news and premiere date. 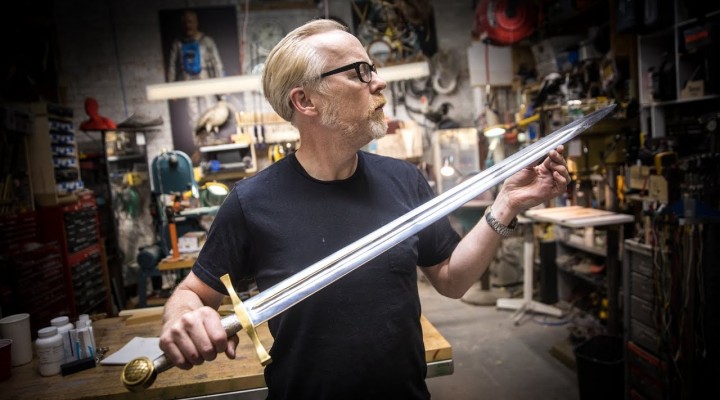 Putting his insatiable curiosity and nearly unparalleled inventiveness to the test, Adam Savage will take on the biggest and baddest builds of his career in a new eight-episode series premiering in June on Science Channel and airing on Discovery. Whether it’s a 3-D printed titanium suit of armor inspired by the Iron Man films that actually flies or experimenting with highly volatile liquid nitroglycerin, SAVAGE BUILDS will propel Adam into explosive and unpredictable worlds with high stakes payoffs.

Each episode of SAVAGE BUILDS will focus on one project as Adam collaborates with notable experts in their fields, friends, colleagues, and some of his favorite people on the planet. Nothing is guaranteed of course when venturing into the unknown, but whether a build is a success or failure, the results are sure to thrill.

“I’ve spent my life trying to make, create and push the boundaries of what’s possible,” said Adam Savage. “This new series is a culmination of sorts, as I get to work with some of the most brilliant minds out there as we attempt to solve really absurd ideas that I’ve had in my head for a long time, but have never had the opportunity to dive into, until now. And of course, the most absurd ideas are often what generates the most innovative engineering.”

“Adam’s enthusiasm for science is contagious,” said Nancy Daniels, Chief Brand Officer, Discovery and Factual. “SAVAGE BUILDS is the perfect showcase for him to do what he loves to do on scale that hasn’t been done before.”