Get all the latest information on the Serial KIller: Devil Unchained new tv show here at newshowstv.com. 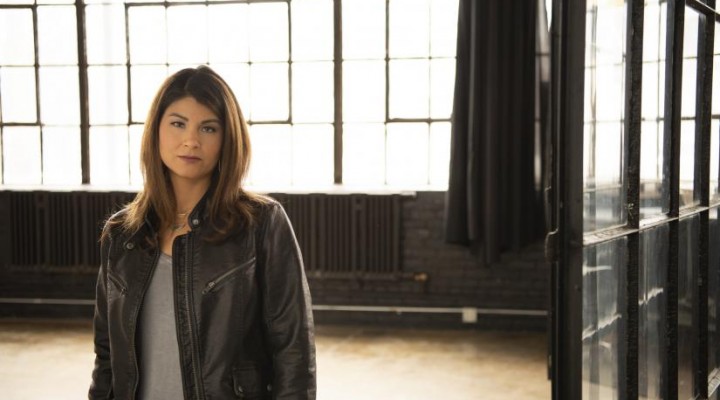 As a troubled young teenager, Todd Kohlhepp was described as a “devil on a chain” by those who knew him best, but no one could anticipate what would happen when that chain was let loose. On November 3, 2016, a young woman is found alive on Todd Kohlhepp’s property after being held captive for two months in a shipping container. Following her rescue, Kala Brown reveals to Spartanburg County Sheriff’s investigators that her captor, former real estate broker Todd Kohlhepp, is responsible for more crimes than local police ever knew possible.

Kohlhepp would plead guilty to seven murders and ultimately close one of South Carolina’s most baffling cold cases in the process – the murder of four people at the Superbike Motor Shop. But if he is to be believed, his reign of terror didn’t end there. With exclusive access to Kohlhepp from prison, filmmaker and investigative journalist Maria Awes sets out on a dark journey to uncover the truth behind his crimes – the ones we know about and additional ones he claims he committed. With the help of former FBI profiler John Douglas and Kohlhepp’s own biographer, Gary Garrett, Awes goes down a twisted path, talking to Kohlhepp’s family, as well as his victims and their families, uncovering early warning signs that might have helped stop a killer in his tracks. An intense and chilling journey, the three-part limited series SERIAL KILLER: DEVIL UNCHAINED premieres Monday, July 22 from 9-11pm ET only on Investigation Discovery (ID).

“With unique access to this convicted murderer and rapist, SERIAL KILLER: DEVIL UNCHAINED reveals the disturbing truth behind the depraved mentality of a monster,” said Henry Schleiff, Group President of Investigation Discovery, Travel Channel, American Heroes Channel and Destination America. “This limited series slowly unveils the shocking extent of this serial murderers’ crimes, exposing the depth of his evil, while revealing instances where early warning signs might have prevented multiple gruesome and tragic deaths.”

When investigative journalist Maria Awes gets on a call from serial killer Todd Kohlhepp, he claims he has murdered more than his seven known victims. Awes teams up with former FBI profiler John Douglas, and Kohlhepp’s former colleague and now biographer, Gary Garrett, to unravel the truth. Digging into Kohlhepp’s troubled youth, Awes secures an exclusive interview with his first known rape victim in Tempe, Arizona and raises questions about another Arizona rape case that has never been solved. Meanwhile, doubts emerge whether Kohlhepp is really the Superbike Killer – a murderer who escaped detection in what became Upstate South Carolina’s biggest cold case. Although he confessed to the crime, can his story be trusted, or is he taking credit for crimes he didn’t commit just to be remembered as a more prolific serial killer?

Ballistic evidence doesn’t match Todd Kohlhepp’s own confession, and Maria Awes visits the scene of the Superbike murders. She hears from one victim’s family that alleges investigators missed the chance to question and apprehend Kohlhepp for the crime, something that could have prevented at least three additional murders. Awes investigates Kohlhepp’s shocking life after the Superbike murders, starting his own real estate company, amassing an arsenal of high-powered guns, murdering one young couple and the boyfriend of a young woman he held captive in a shipping container, and allegedly killing others. She also learns intimate details from a former lover and investigates whether he had an accomplice.

In the jaw-dropping finale, Maria Awes tries to identify an accomplice and accompanies Todd Kohlhepp’s biographer, Gary Garrett on an emotional tour of Kohlhepp’s property, where investigators had previously found the bodies of three of his victims, and where Kala Brown spent two months imprisoned in a shipping container. Soon after, Maria gets an unexpected confession straight from Kohlhepp himself about two other men he claims to have killed. Awes interviews Spartanburg Sheriff Chuck Wright about the case and he agrees to organize a search for the bodies of the additional victims. As John Douglas and Maria Awes go along with the team searching for more victims, the national media gets wind of the story which comes to a chilling conclusion.

Immediately following each episode is the digital companion series KOHLHEPP UNCUT: THE DEVIL SPEAKS, publishing on IDGO on Mondays at 11/10c, beginning on July 22. This digital series takes a deep dive into some of the biggest moments in the investigation exploring Todd Kohlhepp’s violent history, with Kohlhepp himself providing chilling details about crimes spanning 30 years.