Get all the latest information on the Sex Next Door new tv show.
There are 100s of new 2020 TV shows and new series coming in 2021 and Sex Next Door is among them. Sex Next Door Season 1 will be with us eventually, but when? We gather all the news on the series premiere of Sex Next Door to bring you the most accurate Sex Next Door coming soon news and premiere date. 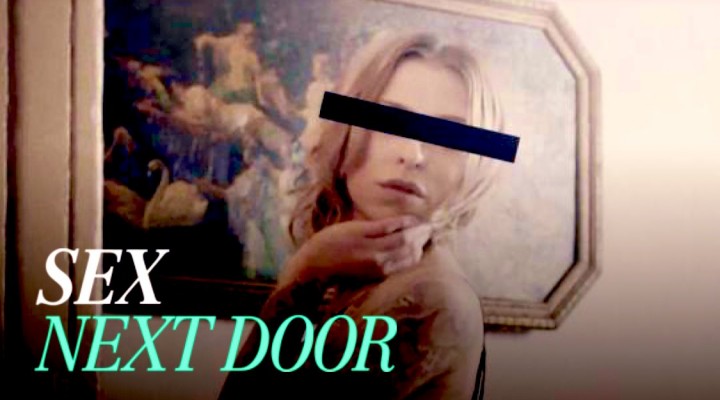 Quibi announced it has greenlit SEX NEXT DOOR, a new docu-series exploring the lives of four sex workers in Seattle.

The series is an intimate, introspective look at the personal and professional lives of young people working in the sex industry. It explores the stigma and pressures that sex workers face by examining their relationships with family, clients, partners, and themselves.

SEX NEXT DOOR is directed by Anthony B. Sacco, a two-time DGA award-winning and Emmy-nominated director and cinematographer, and Executive Produced by Sacco and Josh Shader for Wall Fly.

Directed by: Anthony B. Sacco

Quibi launches on April 6, 2020. To stay up to date on SEX NEXT DOOR, sign up for updates at www.Quibi.com.

About Anthony B. Sacco and Josh Shader

Anthony B. Sacco and Josh Shader are currently the Showrunners and Executive Producers of the MGM & Epix sex positive docuseries SEX LIFE, which is in production on Season 2. Previously, they produced the first original documentary feature for Starz, NUDE, as well as the Television Critics Association and DGA award-winning unscripted series THE CHAIR.