Are you searching for Shelter TV series news? You’ve come to the right place!

Best 2022-23 TV Shows
Get all the latest information on the Shelter new tv show here at newshowstv.com.

There are 100s of new 2022 TV shows and new 2023 series coming your way. Shelter Season 1 will be with us eventually, but when? We gather all the news on the series premiere of Shelter to bring you the most accurate Shelter coming soon news and premiere date. 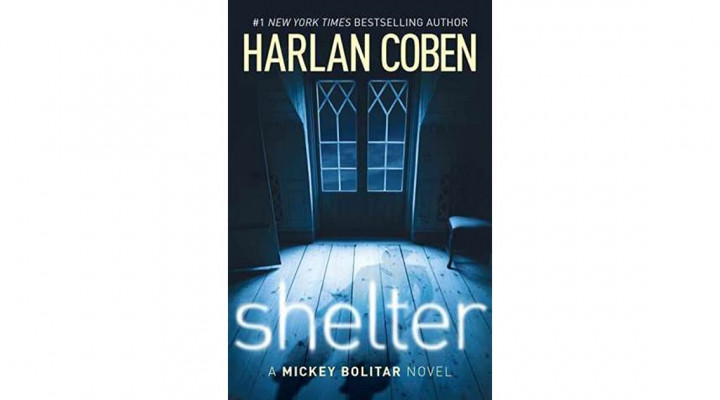 Whether Shelter is ultimately cancelled or renewed for Season 2 will be revealed, but one thing is for sure, Shelter is on our new and 2022 upcoming TV shows list!

CULVER CITY, California - March 15, 2022 - Amazon Studios today announced that it has ordered Harlan Coben's Shelter to series. Based on the first novel in the New York Times best-selling author's Mickey Bolitar trilogy, Jaden Michael (Colin in Black and White) will play the title character in the series, which will premiere on Prime Video in more than 240 countries and territories worldwide.

Harlan Coben's Shelter tells the story of high school junior Mickey Bolitar as he navigates his new life with a mom in rehab, a dead father, an annoying aunt, and a new school in New Jersey with a camel as its mascot. When a creepy old lady who may or may not be a ghost tells Mickey that his father isn't dead, Mickey is sure he's losing his mind on top of everything. Mickey finds a grounding force in Ashley Kent, another new student who's lived through her own tragedy. But then Ashley goes missing, and as Mickey searches for her, he learns that everything she told him was a lie - and that he is in serious danger unless he gets to the bottom of what happened to her and his father. Mickey's search thrusts him into a world of conspiracy, lies, and the darkest aspects of humanity.

"It is such an honor to be working with this exciting young cast and our partners at Prime Video and MGM. I truly believe we will make something special," said Coben.

"Harlan Coben's Shelter is a rare action-thriller centered on the strength of family bonds that we are confident our Prime Video audience will enjoy," said Vernon Sanders, head of global television, Amazon Studios. "Rich with young adult and coming-of-age themes, the story is so special because of how it resonates across all demographics, which is what Harlan does best. From the original Myron Bolitar series to Mickey's journey of resilience and self-discovery, Harlan is a wiz at creating sharp, distinct characters and we're thrilled to team up with him, MGM Television, and the very talented Jaden Michael, who we know will do an incredible job of bringing Mickey Bolitar to life."

"Harlan Coben is worldwide, a best selling novelist, with a unique ability to tell epic stories that provide global entertainment, and we look forward to continuing that legacy with our partners at Amazon on his latest series," said Mark Burnett, MGM's Worldwide Television Chairman.

"With Shelter, Harlan takes you on a thrilling journey full of mystery and suspense, while also capturing the anxieties of teenage experiences. We have an extraordinary cast, with the talented Jaden Michael playing Mickey Bolitar. This story is perfectly set to captivate audiences all over the world," said Rola Bauer, President of MGM International TV Productions.

Coben will serve as executive producer with MGM's Rola Bauer overseeing the series for the studio. Charlotte Coben is a producer and Erik Barmack is also an executive producer. The pilot, directed and executive produced by Patricia Cardoso (Queen Sugar, Real Women Have Curves), wrapped filming in Coben's home state of New Jersey at the end of 2021.

With over 75 million books in print worldwide, Harlan Coben is the #1 New York Times author of thirty-five novels including Win, The Boy From The Woods, Run Away, Fool Me Once, Tell No One and the renowned Myron Bolitar series. His books are published in 45 languages around the globe. Coben is the creator and executive producer of several Netflix television dramas including Stay Close, The Stranger, Safe, Gone For Good, and The Woods.