Are you searching for Shining Girls TV series news? You’ve come to the right place!

Best 2022-23 TV Shows
Get all the latest information on the Shining Girls new tv show here at newshowstv.com.

There are 100s of new 2022 TV shows and new 2023 series coming your way. Shining Girls Season 1 will be with us eventually, but when? We gather all the news on the series premiere of Shining Girls to bring you the most accurate Shining Girls coming soon news and premiere date. 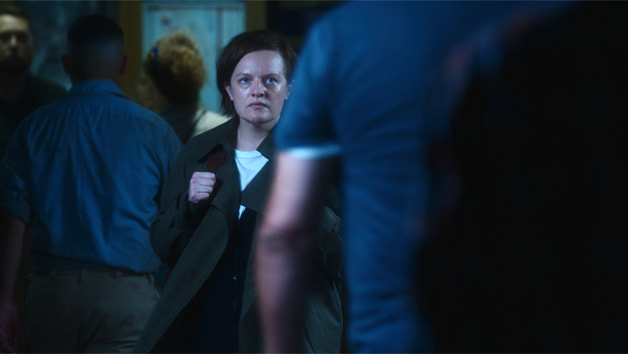 Apple TV+ today revealed the premiere date and a first look at the eagerly awaited series, "Shining Girls," which will make its worldwide debut on Friday, April 29, 2022. Hailing from MRC Television, the metaphysical thriller stars and is executive produced by Emmy Award-winning actress Elisabeth Moss ("The Handmaid's Tale," "Mad Men"), and is executive produced by Appian Way, with Emmy Award-winner Michelle MacLaren ("Breaking Bad") directing the first two episodes. Adapted for television and executive produced by showrunner Silka Luisa, the eight-episode series will premiere globally on Apple TV+ with the first three episodes, followed by one new episode weekly, every Friday.

Based on Lauren Beukes' best-selling novel, "Shining Girls" follows Kirby Mazrachi (Moss) as a Chicago newspaper archivist whose journalistic ambitions were put on hold after enduring a traumatic assault. When Kirby learns that a recent murder mirrors her own case, she partners with seasoned, yet troubled reporter Dan Velazquez (played by Wagner Moura), to uncover her attacker's identity. As they realize these cold cases are inextricably linked, their own personal traumas and Kirby's blurred reality allow her assailant to remain one step ahead. In addition to Moss and Moura, the gripping drama stars Phillipa Soo with Amy Brenneman and Jamie Bell rounding out the ensemble cast.