Are you searching for Single Drunk Female TV series news? You’ve come to the right place!

Best 2022-23 TV Shows
Get all the latest information on the Single Drunk Female new tv show here at newshowstv.com. 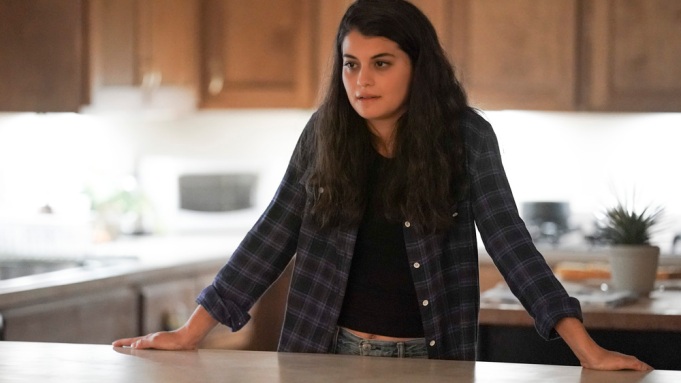 Freeform today revealed the trailer and key art for the highly anticipated comedy "Single Drunk Female," from Jenni Konner ("Girls," "Camping") and Simone Finch ("The Connors"), which will debut with back-to-back episodes on Thursday,, January 20, starting at 10 p.m. After its premiere, the series will air new episodes Thursdays at 10:30 p.m., also available the next day on Hulu.

After a public flame-out at a New York media company, 20-something alcoholic Samantha Fink (Sofia Black-D'Elia) is forced to seize the only chance she has to sober up and avoid jail time: moving back home with her overbearing mother, Carol (Ally Sheedy). Back in Greater Boston, Samantha restarts her life, working at the local grocery store while surrounded by all of the triggers that made her drink in the first place. Confronted with remnants of her old life, including run-ins with her perfect former best friend, who is now dating her ex, Samantha sets out on a path to move past her worst self and figure out her best self. Kinda.

The series comes from 20th Television and is written and created by Simone Finch ("The Connors"), who will executive produce along with Jenni Konner ("Girls," "Camping"), Daisy Gardner ("Silicon Valley," "The Goldbergs"), Phil Traill ("Good Girls"), Nora Silver and Leslye Headland. Headland ("Russian Doll" and "Star Wars: The Acolyte") directed the pilot.