Are you searching for Skymed TV series news? You’ve come to the right place!

Best 2022-23 TV Shows
Get all the latest information on the Skymed new tv show here at newshowstv.com.

There are 100s of new 2022 TV shows and new 2023 series coming your way. Skymed Season 1 will be with us eventually, but when? We gather all the news on the series premiere of Skymed to bring you the most accurate Skymed coming soon news and premiere date. 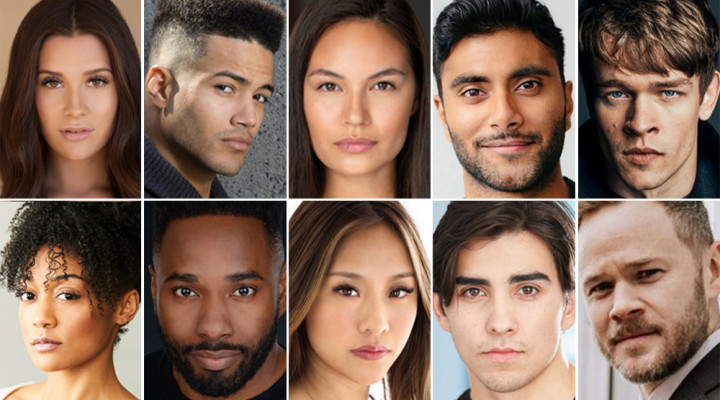 Whether Skymed is ultimately cancelled or renewed for Season 2 will be revealed, but one thing is for sure, Skymed is on our new and 2022 upcoming TV shows list!

From Piazza Entertainment, and Created by Julie Puckrin, the 10-Episode, Hour-Long Drama Follows a Group of Heroic Young Pilots and Nurses in the Canadian North, Where Help and Survival Are Thousands of Miles Away

"Skymed" Is Produced in Association with CBC and CBS Studios

Life, death and drama at 20,000 feet, SKYMED weaves together intense character journeys and high-stakes medical rescues, as we follow the triumphs, heartbreaks and tribulations of budding nurses and pilots flying air ambulances in remote Northern Canada. They're all in over their heads, and on their own, with no one to rely on but each other.

"This show was inspired by the real-life experiences of my sister and brother-in-law, who met flying air ambulances in the north," says Puckrin. "Together with a talented team of writers, we created relatable characters full of hope, compassion and resilience. I am thrilled to be working with such an incredible and diverse cast to bring these exciting, emotional stories to life."

"Julie has brilliantly imagined these characters who are not only dealing with demanding, high-pressure circumstances, they're also dealing with the ups and downs of their lives as they come into their own," said Vanessa Piazza, executive producer, Piazza Entertainment. "We are proud to partner with Paramount+, CBS Studios and CBC, and look forward to introducing these characters to audiences."

SKYMED is produced by Piazza Entertainment. The series is created by Julie Puckrin, who also serves as executive producer along with Vanessa Piazza, Ron Murphy and Gillian Hormel. Steve Adelson serves as pilot director. From Manitoba, Kyle Irving and Lisa Meeches serve as executive producers for Eagle Vision. Jennica Harper and Nikolijne Troubetzkoy serve as co-executive producers. Outside of Canada, the series will be distributed internationally by ViacomCBS Global Distribution Group.

SKYMED joins Paramount+'s growing lineup of prestige dramas, which includes THE GOOD FIGHT, EVIL, STAR TREK: DISCOVERY and STAR TREK: PICARD, as well as the upcoming revival of THE GAME, plus the highly anticipated Taylor Sheridan series MAYOR OF KINGSTOWN and 1883.