Are you searching for TallBoyz TV series news? You’ve come to the right place!

Best 2022-23 TV Shows
Get all the latest information on the TallBoyz new tv show here at newshowstv.com.

There are 100s of new 2022 TV shows and new 2023 series coming your way. TallBoyz Season 1 will be with us eventually, but when? We gather all the news on the series premiere of TallBoyz to bring you the most accurate TallBoyz coming soon news and premiere date. 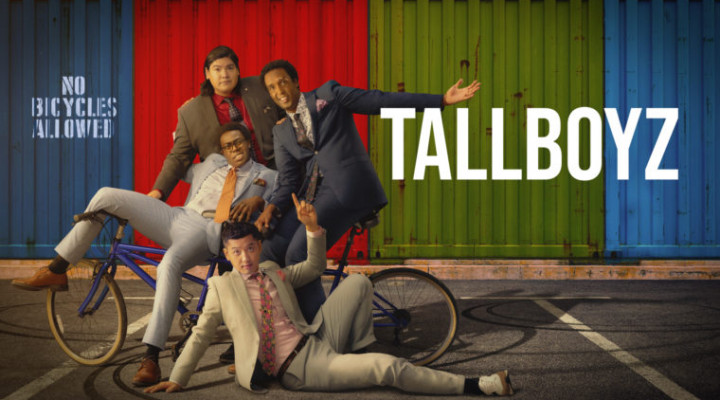 Whether TallBoyz is ultimately cancelled or renewed for Season 2 will be revealed, but one thing is for sure, TallBoyz is on our new and 2022 upcoming TV shows list!

Fuse expands its library of fresh, diverse content with the U.S. premiere of the critically lauded sketch comedy series TALLBOYZ. Created by and starring Guled Abdi, Vance Banzo, Tim Blair and Franco Nguyen, TALLBOYZ takes on a slew of pressing topics including cultural appropriation, office politics, toxic masculinity, racism, ancient demons... and almost meeting Drake. Produced by Accent Entertainment, season one of TALLBOYZ premieres Wednesday, March 23 at 10:00pm. EST on Fuse. In the absurdist world of TALLBOYZ, a group of young, diverse comedians alternate between playing heightened versions of themselves and sliding into cartoonish sketches about friendship, politics, bro culture and everyday life. Over the course of the show, the Boyz face everything from grammar-induced rap beefs, big life revelations, a mission to Mars gone wrong, a secret that could derail a boy band and more, all infused with a hilarious and upbeat demeanor.