Are you searching for Ten Percent TV series news? You’ve come to the right place!

Best 2022-23 TV Shows
Get all the latest information on the Ten Percent new tv show here at newshowstv.com.

There are 100s of new 2022 TV shows and new 2023 series coming your way. Ten Percent Season 1 will be with us eventually, but when? We gather all the news on the series premiere of Ten Percent to bring you the most accurate Ten Percent coming soon news and premiere date. 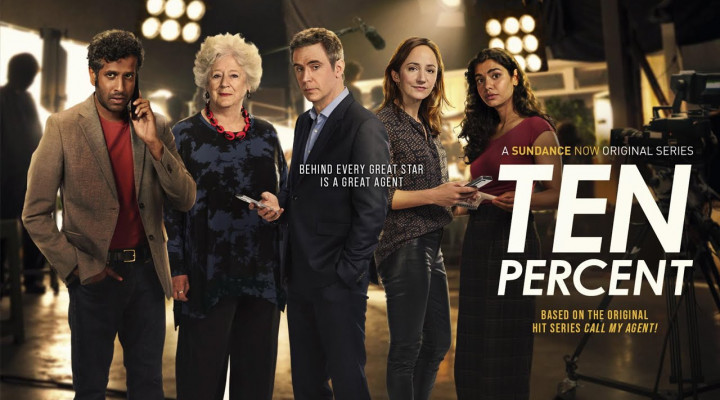 Whether Ten Percent is ultimately cancelled or renewed for Season 2 will be revealed, but one thing is for sure, Ten Percent is on our new and 2022 upcoming TV shows list!

The Sundance Now Original Series, based on the original hit French series Call My Agent!, follows the small London talent agency of Nightingale Hart as it struggles to adapt in an ever-changing industry. After tragedy strikes the company, the personal and professional lives of the agents and assistants are thrown into turmoil. But duty calls - their celebrity clients are in constant need of help from their agents, with issues ranging from marital problems to over-commitment to lingering method acting to stage fright. As the Nightingale Hart agents deal with the incessant demands of their jobs, they'll also find themselves dealing with more off-screen drama than they ever expected.