Are you searching for The Celebrity Dating Game TV series news? You’ve come to the right place!

Get all the latest information on the The Celebrity Dating Game new tv show here at newshowstv.com. 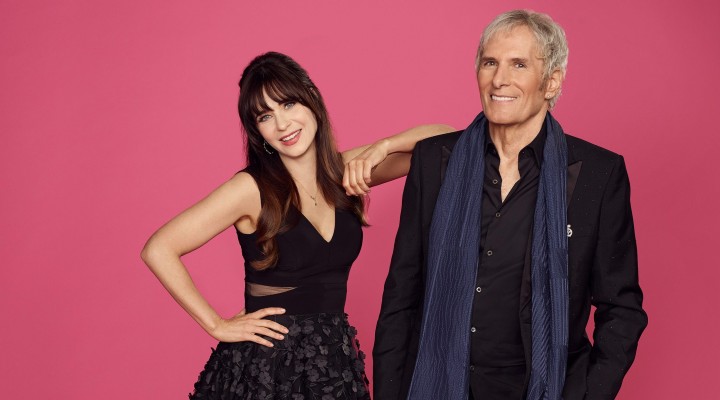 Hosted by actress and singer-songwriter Zooey Deschanel and multiple GRAMMY(R)-winning singer-songwriter Michael Bolton, "The Celebrity Dating Game" offers a wry wink at modern dating with a star-studded roster of celebrity singles from television, music, comedy, reality TV and feature film in their pursuit to find love. Offering the same iconic feel as the original classic dating show, each episode follows two celebrities who each pick one lucky suitor from a hidden panel of three bachelors and/or bachelorettes based on answers to a variety of questions. But there's a twist! The celebrity identities will remain a mystery to their suitors, who are given clues via hilarious parody song performances by host Michael Bolton.