Are you searching for The Courtship TV series news? You’ve come to the right place!

Best 2022-23 TV Shows
Get all the latest information on the The Courtship new tv show here at newshowstv.com.

There are 100s of new 2022 TV shows and new 2023 series coming your way. The Courtship Season 1 will be with us eventually, but when? We gather all the news on the series premiere of The Courtship to bring you the most accurate The Courtship coming soon news and premiere date. 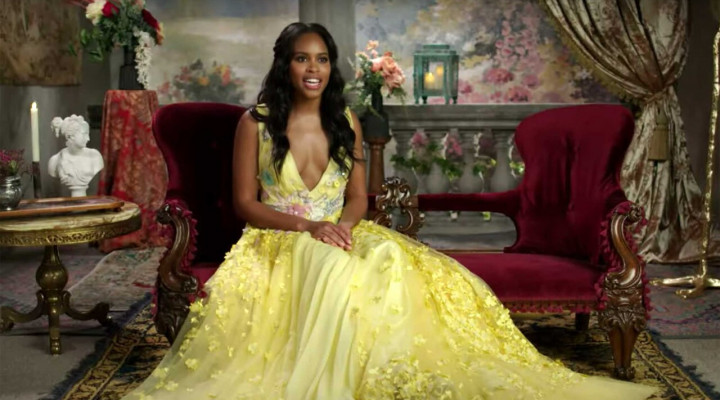 Leading lady Nicole Remy, a modern girl tired of modern dating, is transported back to Regency-era England in the hope of finding love. In a grand 19th century castle set among the rolling hills of the English countryside, a group of 16 eligible suitors must battle to win her heart. Writer and broadcaster Rick Edwards hosts and guides them on their journey, complete with surprise guests along the way.

From carriage rides and masquerade balls, to archery, fencing and handwritten letters, Nicole and her pursuers swap modern-day sensibilities for grand-courting gestures of the past. Leaving the modern world behind presents its fair share of challenges for Nicole's hopeful admirers, and the pressure builds when they discover that they must also get the seal of approval from her trusted Court: her father, Claude; her mother, Claire; her sister, Danie; and best friend, Tessa. As Nicole's advisors, the Court chooses dates for her and helps uncover which suitors deserve to win her heart. As each attempts to out-romance the other, suitors find themselves at a weekly farewell ball where Nicole reveals whether their journey in romance continues or their carriage awaits to return them to the modern world. As the competition heats up and chivalry and courtship are put to the test, Nicole and her suitors discover if this sweeping adventure in romance leads them to true love.

· "The Courtship" (FKA "Pride & Prejudice: An Experiment in Romance") will debut Sunday, March 6 at 8 p.m. ET/PT on NBC and air weekly in that timeslot. The series will stream on Peacock the day following its NBC telecast.

· A heroine looking for her duke will sign up for the ultimate social experiment in romance. Transported to a Regency-style England, a group of eligible hopeful suitors will have to win the heart of our heroine, and her court. Housed in a castle on the countryside, set on a beautiful backdrop of rolling hills, the heroine and suitors will experience that with which dreams are made. From carriage rides and boat rides on the lake to archery and handwritten letters to communicate, they will be immersed in a time-traveling quest for love. In the end, our heroine and her suitors will discover if the ultimate romantic experience will find them true love.