Are you searching for The Dead Files TV series news? You’ve come to the right place!

Get all the latest information on the The Dead Files new tv show here at newshowstv.com.

There are 100s of new 2022 TV shows and new 2022 series coming your way. The Dead Files Season 1 will be with us eventually, but when? We gather all the news on the series premiere of The Dead Files to bring you the most accurate The Dead Files coming soon news and premiere date. 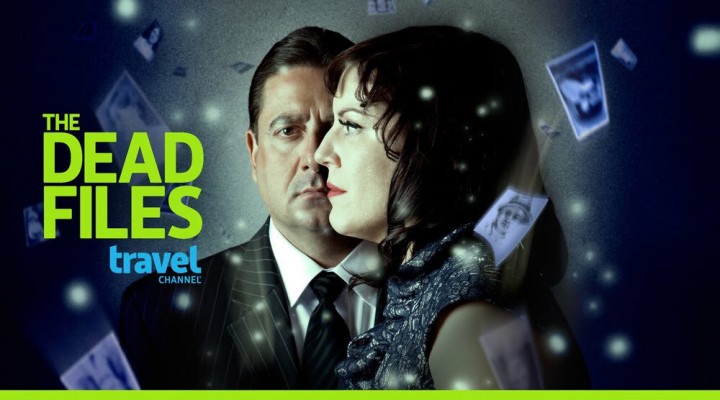 NEW YORK (May 28, 2019) - Former NYPD homicide detective Steve DiSchiavi and physical medium Amy Allan are back on the case with a brand-new season of Travel Channel's hit series, "The Dead Files," premiering on Thursday, July 11 at 10 p.m. ET/PT. In each of the 10 one-hour episodes, the duo joins forces to help frightened property owners suffering from unexplained and dangerous paranormal activity. From their unique viewpoints, DiSchiavi and Allan work to uncover the truth behind their clients' startling claims - and ultimately decide if it's safe for them to stay.

In every hair-raising episode, DiSchiavi and Allan first investigate each case separately. Utilizing his detective skills, DiSchiavi interviews witnesses and experts, and researches the history and facts behind each location. Allan, a physical medium who sees and communicates with the dead, assesses the property to identify what underlying entities reside there. Keeping their findings hidden from each other, the team avoids all contact with one another - coming together only at the very end to reveal their shocking discoveries to the property owners, and each other. In each episode's intense conclusion, the team will determine if there's a way for the clients to stay and fight, or if it's best for them leave.

"I've seen a lot of things throughout my career, but the cases this season shock even me," said DiSchiavi. "These families need our help, and for many, we're their last hope. Amy and I are determined to bring them the answers they need to move forward."

"I never know what I'm going to encounter when I go into these places, and it can be terrifying," added Allan. "But providing much-needed information for these homeowners, and giving them the tools to overcome these hauntings once and for all, is the ultimate payoff."

In the season opener, DiSchiavi and Allan investigate a frightened woman's claims that decades of paranormal activity in her Tonawanda, New York, home has now become dangerously violent. During their separate investigations, DiSchiavi uncovers the story of a twisted teenager who poisoned several children, while Allan's walk reveals a dark entity focused on tormenting the living.

Steve DiSchiavi and Amy Allan travel to Gatesville, Texas, where a couple is being tormented by demonic entities hellbent on destroying their home and their grandchildren. During their separate investigations, DiSchiavi uncovers the dark and sordid history of a boys' reformatory turned female prison, while Allan encounters a vicious serpent-like entity that is set on contaminating the souls of all who inhabit the property.

Steve DiSchiavi and Amy Allan travel to Blue Springs, Missouri, where a mother fears for the safety of her children as unseen forces torment them on a daily basis. During their separate investigations, DiSchiavi discovers the property was the scene of a gruesome murder-suicide in the 1960s, while Allan encounters the spirit of a dead man who has a deep resentment towards women and children.

Steve DiSchiavi and Amy Allan travel to Jefferson City, Missouri, where a family has had to abandon their new home in order to escape the intense paranormal activity inside of it. Even worse, they're worried their young daughter has been possessed by one of the dark entities tormenting them.