Home | Shows | The Devil You Know

Are you searching for The Devil You Know TV series news? You’ve come to the right place!

Get all the latest information on the The Devil You Know new tv show here at newshowstv.com. 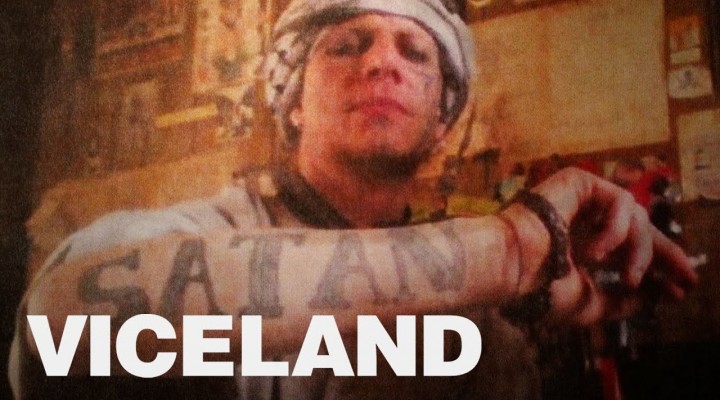 The Devil You Know Status: Aired

August 12, 2019 (Brooklyn, NY) - VICELAND has announced the premiere dates for its first foray into serialized true crime storytelling: The Devil You Know as well as a U.S. premiere of VICE co-founder Suroosh Alvi's acclaimed 2016 docu-series Terror. Both series will bow on the network Tuesday August 27 at 10:00 and 9:00PM, respectively.

Set in a small suburban community just outside of Winston-Salem, North Carolina, the five-episode true crime series The Devil You Know focuses on a local suburban legend, John Lawson, a self-styled Satanist who renamed himself "Pazuzu." When two missing individuals' bodies turn up at his house, the rumors of this Charles Manson-like figure whose house was a non-stop parade of sex, drugs, guns and loud music take a darker and more troubling turn. The series follows every twist around the crime, the mishandled investigation, the legal case as well as the underlying economic inequality inherent in the story. The show features interviews with the journalists who chased the story, authorities, friends and neighbors of "Pazuzu" as well as people close to the victims to try to understand the twisted depths of this story from every angle.

n addition, starting August 27 at 9 PM, the channel will air the U.S. premiere of Terror. The 2016 series from VICE co-founder Suroosh Alvi will focus in-depth on the origins and impact of the world's most dangerous terrorist organizations with episodes exploring Al Qaeda in Yemen, Al Shabaab in Somalia, Boko Haram in Nigeria, the Taliban in Pakistan and the Islamic State (ISIS) in Iraq and Syria.

Hosted and narrated by Alvi, Terror is punctuated by his reflections after years of reporting on terrorist groups, radicalization and conflict zones.