Are you searching for The Flay List TV series news? You’ve come to the right place!

Get all the latest information on the The Flay List new tv show here at newshowstv.com.

There are 100s of new 2022 TV shows and new 2022 series coming your way. The Flay List Season 1 will be with us eventually, but when? We gather all the news on the series premiere of The Flay List to bring you the most accurate The Flay List coming soon news and premiere date. 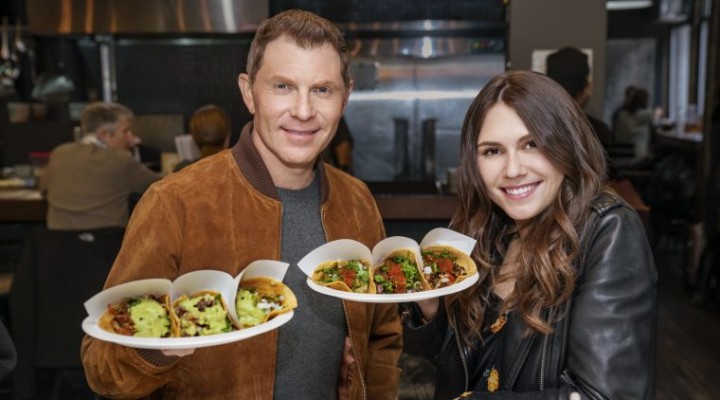 Culinary icon and acclaimed Food Network host Bobby Flay and his daughter Sophie hit the streets in search of the greatest local dishes around, in the new series The Flay List, premiering Thursday, April 11th at 10:30pm ET/PT. Over six half-hour episodes, Bobby visits the culinary spots he has frequented for years in his beloved hometown of New York City, while Sophie introduces her dad to her latest discoveries. Whether it's a visit to Joe's Pizza in Greenwich Village for a classic New York slice or a ferry ride for some delicious lobster rolls at Red Hook Lobster Pound, Bobby and Sophie visit the old school and new alike, taking viewers on a culinary experience like no other.

"Bobby's background as an elite chef and restaurateur, having worked in New York City restaurants since he was a teenager, coupled with Sophie's experiences growing up around the best chefs and food in the world, offers the audience a unique, up close and personal view into Bobby and Sophie's favorite culinary destinations that are perfect for all generations," said Courtney White, President, Food Network.

During the season Bobby and Sophie visit the ever-buzzing Chelsea Market for some tacos at Los Tacos No.1, while grabbing creamy Italian gelato for dessert at Bobby's favorite, L'Arte del Gelato. Afterwards, Sophie takes Bobby to Greenpoint, Brooklyn, for her taco pick at hotspot Oxomoco. In another episode Bobby and Sophie start the day with a joy ride on bikes as they head to the Lower East Side for Sophie's pick, Sweet Chick. After the meal, they check out Morgenstern's gourmet ice cream parlor that Bobby's been dying to try, before heading to Bobby's pick of Blue Ribbon, where he spent a lot of time early in his career. Other episodes include stops at J.G. Melon for Bobby's burger selection, Sophie's taste for Detroit-style pizza at Emily, and a stroll to Korea Town for some dessert at Grace Street Café, followed by a steak dinner at Bobby's old school pick, Wolfgang's Steakhouse.