Are you searching for The Gilded Age TV series news? You’ve come to the right place!

Best 2022-23 TV Shows
Get all the latest information on the The Gilded Age new tv show here at newshowstv.com.

There are 100s of new 2022 TV shows and new 2023 series coming your way. The Gilded Age Season 1 will be with us eventually, but when? We gather all the news on the series premiere of The Gilded Age to bring you the most accurate The Gilded Age coming soon news and premiere date. 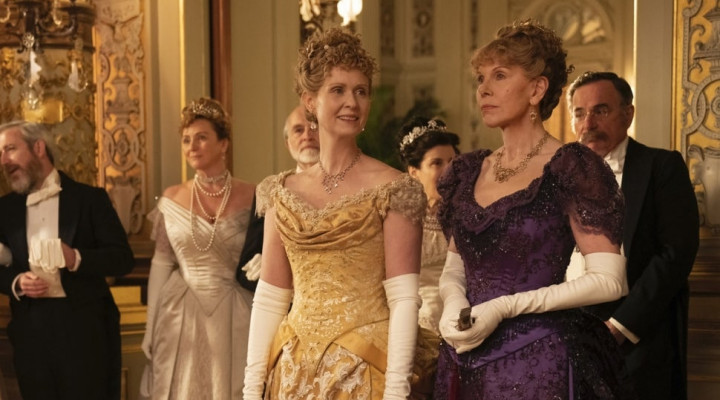 · Logline: The American Gilded Age was a period of immense economic change, of great conflict between the old ways and brand new systems, and of huge fortunes made and lost. Against the backdrop of this transformation, HBO's The Gilded Age begins in 1882 with young Marian Brook (Jacobson) moving from rural Pennsylvania to New York City after the death of her father to live with her thoroughly old money aunts Agnes van Rhijn (Baranski) and Ada Brook (Nixon). Accompanied by Peggy Scott (Benton), an aspiring writer seeking a fresh start, Marian inadvertently becomes enmeshed in a social war between one of her aunts, a scion of the old money set, and her stupendously rich neighbors, a ruthless railroad tycoon and his ambitious wife, George (Spector) and Bertha Russell (Coon). Exposed to a world on the brink of the modern age, will Marian follow the established rules of society, or forge her own path?

The American Gilded Age was a period of immense economic change, of huge fortunes made and lost, and the rise of disparity between old money and new. Against this backdrop of change, the story begins in 1882 - introducing young Marian Brook, the orphaned daughter of a Southern general, who moves into the home of her rigidly conventional aunts in New York City. Accompanied by the mysterious Peggy Scott, an African-American woman masquerading as her maid, Marian gets caught up in the dazzling lives of her stupendously rich neighbors, led by a ruthless railroad tycoon and his ambitious wife struggling for acceptance by the Astor and Vanderbilt set. Will Marian follow the established rules of society, or forge her own path in this exciting new world that is on the brink of transformation into the modern age?

Produced by: An HBO co-production with NBCU