Are you searching for The Me You Can’t See TV series news? You’ve come to the right place!

Get all the latest information on the The Me You Can’t See new tv show here at newshowstv.com. 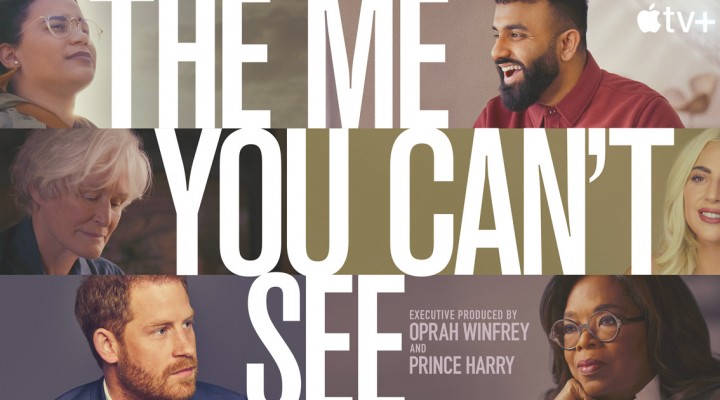 The Me You Can’t See Status: Aired

The Me You Can’t See TV Show Synopsis:

Oprah Winfrey and Prince Harry to premiere "The Me You Can't See," a documentary series exploring mental health and emotional well-being, on May 21 on Apple TV+

Apple TV+ announced today that "The Me You Can't See," the highly anticipated multi-part documentary series from co-creators and executive producers Oprah Winfrey and Prince Harry, The Duke of Sussex, featuring illuminating stories that help lift the veil on the current state of mental health and emotional well-being, will premiere May 21 on Apple TV+.

In "The Me You Can't See," Oprah Winfrey and Prince Harry guide honest discussions about mental health and emotional well-being while opening up about their mental health journeys and struggles. Featuring high-profile guests, alongside a wide range of people from across the globe living with the challenges of mental health issues and addressing their emotional well-being, the series transcends culture, age, gender and socioeconomic status to destigmatize a highly misunderstood subject and give hope to viewers who learn that they are not alone. The producers partnered with 14 accredited and respected experts and organizations from around the world to help shed light on different pathways to treatment.

"Now more than ever, there is an immediate need to replace the shame surrounding mental health with wisdom, compassion and honesty," said Oprah Winfrey. "Our series aims to spark that global conversation."

"We are born into different lives, brought up in different environments, and as a result are exposed to different experiences. But our shared experience is that we are all human," said Prince Harry, The Duke of Sussex. "The majority of us carry some form of unresolved trauma, loss or grief, which feels - and is - very personal. Yet the last year has shown us that we are all in this together, and my hope is that this series will show there is power in vulnerability, connection in empathy, and strength in honesty."

"The Me You Can't See" will be available alongside the NAACP Image Award-nominated for Outstanding Talk Series, "The Oprah Conversation," "Oprah Talks COVID-19" and "Oprah's Book Club," on Apple TV+, which is available on the Apple TV app in over 100 countries and regions, on over 1 billion screens.

"The Me You Can't See" Addendum of Advisory Board Members:

"The Me You Can't See" was created in partnership with an advisory board of mental health professionals and experts across a variety of specialties.

*Appears on-camera in "The Me You Can't See"