Are you searching for The North Water TV series news? You’ve come to the right place!

Get all the latest information on the The North Water new tv show here at newshowstv.com. 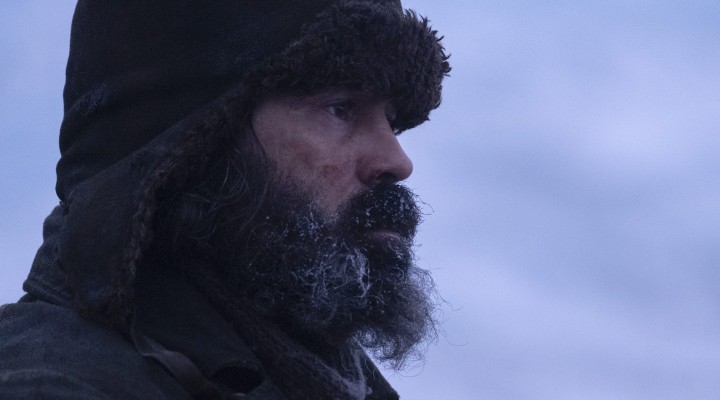 Stephen Graham (The Virtues, Line of Duty, The Irishman), Tom Courtenay (45 Years, The Aeronauts) and Peter Mullan (Mum, Top Of The Lake) are among the names joining Colin Farrell and Jack O’Connell in Andrew Haigh’s forthcoming adaptation of The North Water.

The drama, made by See-Saw Films for BBC Two, recently completed its first leg of filming in the Arctic, shooting for three weeks in Svalbard. The unit travelled as far as 81 degrees north to film sequences in the pack ice, the furthest point north it is believed a drama series has ever filmed before.

The North Water rounds off its cast with Sam Spruell (Outlaw King, Legend) as Cavendish, Roland Møller (Atomic Blond, Land Of Mine) as Otto, Philip Hill-Pearson (The Bay, Three Girls) as McKendrick and Kieran Urquhart (Vera, Humans) as Jones.

Stephen Graham will play Brownlee, the Volunteer’s Captain, whilst Tom Courtenay will play the ship’s owner, Baxter. Sam Spruell will play Cavendish, the ship’s first mate, and Roland Møller will play Otto, a harpooner. Peter Mullan will appear in episode four in a pivotal role.

Stephen Graham says: “Filming on the ship was an incredible experience and one that I will never forget. To be so privileged to see such beautiful animals like polar bears in their natural habitat - albeit it an ever changing one, sadly - was truly remarkable."

Tom Courtenay says: “I’m thrilled to be working with Andrew again on such epic material.”

The North Water tells the story of Patrick Sumner (O’Connell), a disgraced ex-army surgeon who signs up as ship’s doctor on a whaling expedition to the Arctic. On board he meets the harpooner Henry Drax (Farrell), a brutish killer whose amorality has been shaped to fit the harshness of his world. Hoping to escape the horrors of his past, Sumner finds himself in a male-dominated world, on an ill-fated journey with a murderous psychopath. In search of redemption, his story becomes a harsh struggle for survival in the Arctic wasteland.

The North Water is set in Hull and the ice floes of the Arctic in the late 1850s.

Based on the critically acclaimed novel by Ian McGuire, The North Water (3x60’ and 1x90’) is adapted and directed by Andrew Haigh, and is produced by Kate Ogborn. Executive producers are Jamie Laurenson, Hakan Kousetta, Iain Canning and Emile Sherman for See-Saw Films, Niv Fichman for Rhombus Media, and Jo McClellan for the BBC. The North Water is a co-production with Rhombus Media, with Pioneer Stillking providing production services in Hungary. It will be distributed internationally by BBC Studios.