Are you searching for The Patrick Star Show TV series news? You’ve come to the right place!

Get all the latest information on the The Patrick Star Show new tv show here at newshowstv.com. 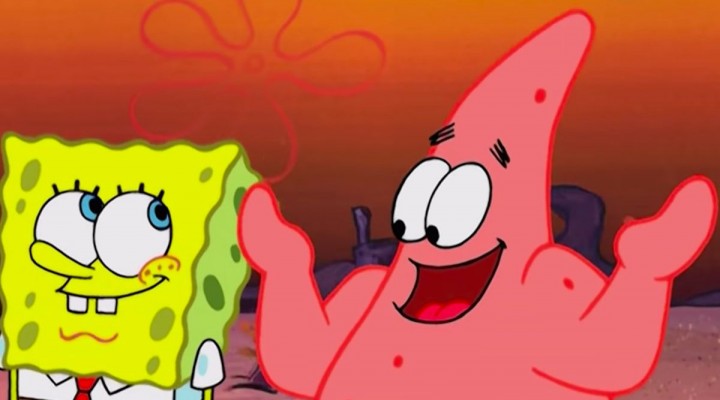 BURBANK, Calif.--March 4, 2021--Nickelodeon has given the official greenlight to The Patrick Star Show (13 episodes), the second spinoff of the number-one animated series SpongeBob SquarePants. Produced by Nickelodeon Animation Studio, The Patrick Star Show is a family sitcom starring Patrick and the rest of his family as they are constantly disrupted by Patrick's wild whims and surreal imagination. The series will debut this summer on Nickelodeon.

"Nickelodeon is diving deeper into Bikini Bottom to give fans a look at our lovable young adult Patrick Star and his entire family with a sitcom only he could imagine up," said Ramsey Naito, President, Nickelodeon Animation. "This second original spinoff allows us to expand our reach, tell new stories and connect with our audience around the world who continue to love these characters."

The Patrick Star Show follows a younger Patrick Star living at home with his family, where he hosts his own show for the neighborhood from his television-turned-bedroom. His little sister, Squidina, works behind the scenes to make sure Patrick's show is always running smoothly, while his parents, Bunny and Cecil and his grandpa, GrandPat, each support Patrick in their own hilariously absurd ways. The Star family's unpredictable adventures often inform, integrate, and sometimes even interfere with Patrick's TV show, but one thing is for sure: his bizarre life always makes for great television!

Since its launch July 17, 1999, SpongeBob SquarePants has reigned as the number-one animated series on TV for the last 18 years, while generating a universe of beloved characters, pop culture catchphrases and memes, theatrical releases, consumer products, a Tony Award(R)-winning Broadway musical and a global fan base. SpongeBob SquarePants is the most widely distributed property in ViacomCBS Networks International history, seen in more than 170 countries and territories, translated in 30+ languages, and averaging more than 100 million total viewers every month. SpongeBob SquarePants was created by Stephen Hillenburg and produced by Nickelodeon in Burbank. The character-driven cartoon chronicles the nautical and sometimes nonsensical adventures of SpongeBob, an incurable optimist and earnest sea sponge, and his undersea friends.

Nickelodeon, now in its 41st year, is the number-one entertainment brand for kids. It has built a diverse, global business by putting kids first in everything it does. The brand includes television programming and production in the United States and around the world, plus consumer products, digital, location based experiences, publishing and feature films. For more information or artwork, visit http://www.nickpress.com. Nickelodeon and all related titles, characters and logos are trademarks of ViacomCBS Inc. (Nasdaq: VIACA, VIAC).