Are you searching for The Pentaverate TV series news? You’ve come to the right place!

Best 2022-23 TV Shows
Get all the latest information on the The Pentaverate new tv show here at newshowstv.com.

There are 100s of new 2022 TV shows and new 2023 series coming your way. The Pentaverate Season 1 will be with us eventually, but when? We gather all the news on the series premiere of The Pentaverate to bring you the most accurate The Pentaverate coming soon news and premiere date. 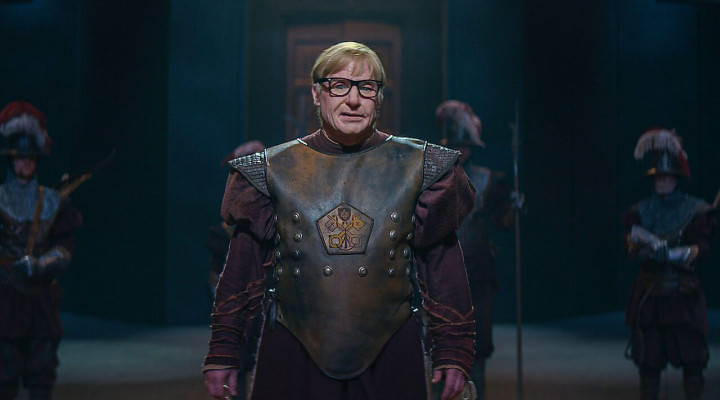 What if a secret society has been working to influence world events for the greater good since the Black Plague? A comedy series starring Mike Myers.

From the mind of Mike Myers comes a Netflix comedy series event - The Pentaverate - streaming 05.05.

The Pentaverate must never be exposed.
THE PENTAVERATE PREMIERES MAY 5 ON NETFLIX

Meet the characters of The Pentaverate:

Mike Myers will be playing eight new characters including:

· Ken Scarborough: An old-school Canadian news journalist who sets out to expose the Pentaverate and win his job back

Ken Jeong is Skip Cho: A casino mogul with extensive knowledge in the chaos theory of weather patterns.

Keegan-Michael Key is Dr. Hobart Clark: A nuclear physicist, recruited into the Pentaverate to resolve the climate change disaster.

Debi Mazar will be playing Patty Davis: The highly trusted Executive Assistant to the Pentaverate - some would say the brains behind the whole operation.

· The Maester of Dubrovnik: The head investigator for the Pentaverate, who is summoned from his ancestral home in Dubrovnik to investigate the suspicious deaths.

· The Saester of Dubrovnik: The Maester's sister and protector of the parce clavem, the spare key for the Pentaverate's voting apparatus, which is hidden in Dubrovnik.

Lydia West is Reilly Clayton: A young woman working at the Canadian News Station with Ken. She goes on the adventure with him to expose the Pentaverate - all while hiding a secret of her own...

The familiar voice you hear is Jeremy Irons, who serves as the narrator of the series.

About The Pentaverate [pen-tav-urr-uht]: What if a secret society of five men has been working to influence world events for the greater good since the Black Plague of 1347? As this new series begins, one unlikely Canadian journalist finds himself embroiled in a mission to uncover the truth and just possibly save the world himself. Remember, the Pentaverate must never be exposed!