Are you searching for The Rig TV series news? You’ve come to the right place!

Get all the latest information on the The Rig new tv show here at newshowstv.com.

There are 100s of new 2022 TV shows and new 2022 series coming your way. The Rig Season 1 will be with us eventually, but when? We gather all the news on the series premiere of The Rig to bring you the most accurate The Rig coming soon news and premiere date. 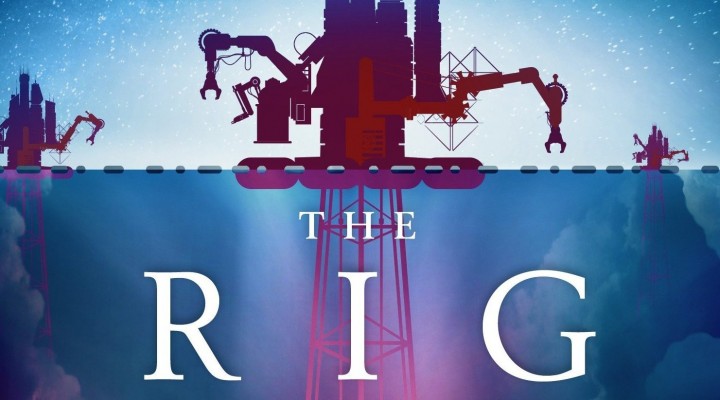 Whether The Rig is ultimately cancelled or renewed for Season 2 will be revealed, but one thing is for sure, The Rig is on our new and 2022 upcoming TV shows list!

The Rig is produced by Wild Mercury Productions, written by David Macpherson and directed by John Strickland

London, UK - Thursday 18th March 2021 - Amazon Prime Video has unveiled casting on the highly-anticipated UK Amazon Original series The Rig, a six-part epic thriller produced by Wild Mercury Productions (part of Banijay UK), created by David Macpherson and directed by John Strickland (Line of Duty, Bodyguard). The series is set to film exclusively in Scotland later this month on an oil rig and at FirstStage Studios in Edinburgh.

Meet the crew of the Kinloch Bravo oil rig:

Magnus and his crew aboard the Kinloch Bravo oil rig are stationed off the Scottish coast in the dangerous waters of the North Sea. When they are due to be collected and return to the mainland a mysterious and all-enveloping fog rolls through. The rig is hit by massive tremors, and they find themselves cut off from all communication with the shore and the outside world. As the crew endeavour to discover what's driving this unknown force, a major accident forces them to ask questions about who they can really trust. Bonds are broken, allegiances formed and generational fault lines exposed. The crew of the Bravo will be driven to the limits of both their loyalties and their endurance, into a confrontation with forces beyond their imagination.

The Rig will join the thousands of TV shows and movies in the Prime Video catalogue, including UK produced Amazon Original series such as Good Omens, The Grand Tour, All or Nothing: Tottenham Hotspur, Truth Seekers and All or Nothing: Manchester City; hit movies like Coming 2 America, Golden Globe winner and Academy Award nominee Borat Subsequent Moviefilm, the Golden Globe and Academy Award nominated movies One Night in Miami and Sound of Metal; and critically-acclaimed global Amazon Original series including Tom Clancy's Jack Ryan, The Boys, Homecoming and The Marvelous Mrs. Maisel, all available on Prime Video at no extra cost for Prime members. Prime Video also offers Prime members in the UK live coverage of Premier League football matches, Autumn Nations Cup international rugby union tournament, plus exclusive coverage of ATP Tour and US Open tennis.