Are you searching for The Vet Life TV series news? You’ve come to the right place!

Get all the latest information on the The Vet Life new tv show here at newshowstv.com.

There are 100s of new 2022 TV shows and new 2022 series coming your way. The Vet Life Season 1 will be with us eventually, but when? We gather all the news on the series premiere of The Vet Life to bring you the most accurate The Vet Life coming soon news and premiere date. 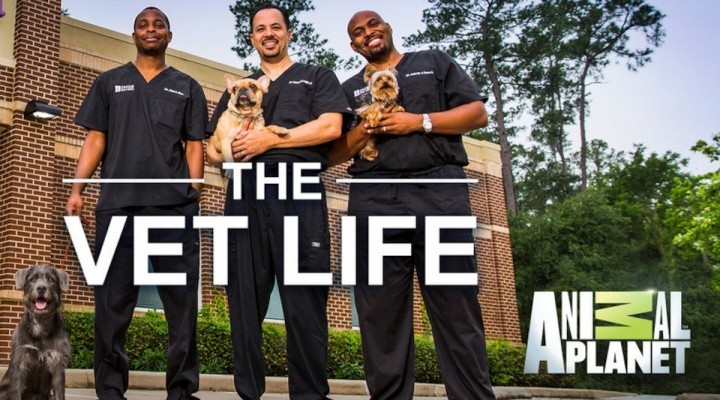 
Whether The Vet Life is ultimately cancelled or renewed for Season 2 will be revealed, but one thing is for sure, The Vet Life is on our new and 2022 upcoming TV shows list!

Dr. Diarra Blue, Dr. Aubrey Ross and Dr. Michael Lavigne are back and busier than ever in an all new season of THE VET LIFE which premieres on Saturday, April 6th at 9 PM ET/PT.. This season, audiences continue to follow the daily lives of the passionate, lovable vets at their Cy-Fair animal hospital in Houston as they encounter fascinating animal cases each and every day. And the adventures grow this season as the doctors open a second animal clinic in the Houston area.

In previous seasons, the doctors have examined a feisty rescued tiger found roaming a neighborhood in Houston, removed a massive tumor from Red the Golden Retriever's head and performed emergency C-Sections on multiple pregnant dogs. The dedicated vets jumped into action when Hurricane Harvey devastated their community by saving puppies found in the middle of floodwater, treating a family goat named Jetta on the brink of death, and operating on Jasper the cat about to lose his leg - all while dealing with family and staff that suffered from the storm and lost their homes.

This season stories include: Dr. Blue and Dr. Lavinge visiting a pig rescue and competing for the title of superior pig whisperer; encounters with Pablo the 'snarting' goat and Dr. Ross treating an albino ferret named Alexander with adrenal disease. Additionally, the vets will test the health of an owner's pet Fennec Fox named Rocket and Kinkajou named Baloo, will treat Aubie a sweet Kunekune Piglet rescued from a fraternity house, and more.

With a thriving clinic, their personal lives are booming too. Dr. Blue and his wife Jessica prepare for the arrival of their third child, Dr. Ross and wife Tauvia introduce their new baby girl, while Dr. Lavinge and his wife Anne settle into their new home and prepare for "Empty Nest Syndrome" just a few years away.