Home | Shows | Til Death Do Us Part

Are you searching for Til Death Do Us Part TV series news? You’ve come to the right place!

Get all the latest information on the Til Death Do Us Part new tv show here at newshowstv.com. 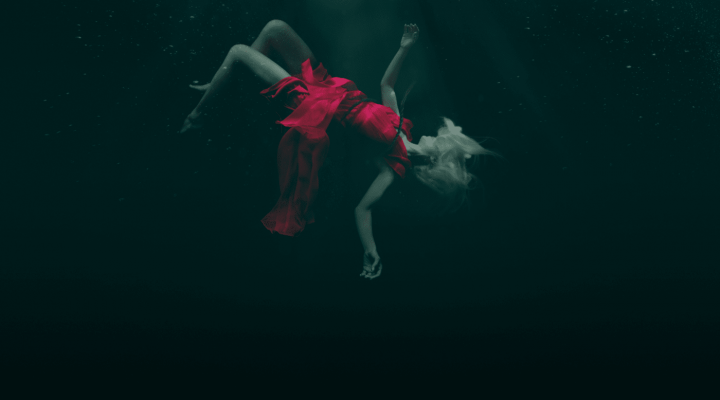 Til Death Do Us Part Status: Aired

Til Death Do Us Part TV Show Synopsis:

Love stories twisted by rage, passion soured by obsession, and joy ravaged by paranoia - Investigation Discovery's (ID) new series 'TIL DEATH DO US PART follows lovers as they embark on relationships that end with a destiny no one expected. The new series shows that murder, like true love, is written in the stars. From a suspicious carbon monoxide incident, to a parrot who became an eyewitness to murder, each hour-long episode tells a tragic tale of love turned lethal. Premiering Tuesday, July 9 at 10/9c on ID, the new series features all-new stories of love gone wrong, including a loving wife turned wiccan, a spouse with a spiraling gambling addiction, and a motorcycle accident that is not what it seems. Illustrated through split-screen archive and originally-shot material, including interviews with family, friends, law enforcement and the potential victim of the crime, 'TIL DEATH DO US PART unveils the breaking point in each of these relationships when love and murder collide.

In the premiere episode, Marty and Glenna Duram finally get married after nearly twenty years apart. It was love at first sight for Marty when he met Glenna as a teenager in Newaygo County, MI; but after dating for a short while, the young couple split up and eventually married other people. Years later, Marty and Glenna reconnect and think their life together is finally meant to be. When the now middle-aged couple is found shot in their own home, the case reveals a bizarre story of drugs, stolen money and a pet parrot who becomes an eyewitness.

Other episodes of 'TIL DEATH DO US PART include:

Three Pops and a Pause premieres Tuesday, July 16 at 10/9c

When Ashlee and Emmett meet at Utah State University, it's love at first sight. Within six months they marry in the Mormon Temple, sealing their partnership for time and all eternity. Six years later, five young kids and a growing business are putting their relationship under pressure. Then, things come to a head in a violent encounter that blows their seemingly perfect marriage apart in an instant.

Matt and Niqué Leili's love story is a modern romance. They meet online, create a blended family and appear to have it all. Eleven years later, the pressure of family life and Niqué's demanding career are straining their marriage. Suddenly the illusion of a happy marriage is torn apart forever.

When Jason and Stephanie McClurg meet in 2011, both are single parents recovering from broken marriages and are desperate for love. They have so much in common that friends and family are convinced they've finally found their soulmates. However, after suffering a series of misfortunes that put their marriage under enormous pressure, their home becomes a tomb, and their picturesque romance crumbles beyond repair.

While You Were Sleeping premieres Tuesday, August 6 at 10/9c

Dr. Mark Wangler and his wife Kathy appear to be living the middle-class dream: a 29-year marriage, two sons, financial security, and a strong faith. But when, a 911 operator in Lima, OH, receives a frantic call from the Wangler household, what at first seems like a tragic accident is later uncovered to be a desperate end to a marriage riddled with secrets, lies and religious fanaticism.

When devout young Christians Curt Thorngren and Donna Vetter marry in Meridian, Idaho in 1980, they seem set for a life of love and happiness together. Then, 22 years of wedlock ends in murder. Detectives discover a marriage destroyed by debt, deceit and drug addiction. They identify a suspect, but with no murder weapon, can they secure a conviction?

Free-spirted Hope follows her heart to Oklahoma to marry tall, handsome Jerry Meek, but it's not long before kids come along and the honeymoon is over. Feeling trapped in a small town, Hope feels isolated and plagued by gossip, until she finds comfort in Wicca, a religion with roots in paganism. Then, a series of mysterious events shatters the family and baffles police. It will take more than a decade to break the case and reveal the terrible truth of what really happened.

On October 13, 2013, police receive a call about a car chase on Texas State Highway 1604, a dusty stretch of road known as the 'Death Loop.' Police find a crashed motorcycle and Francis Hall beside her injured husband, Bill Hall Jr., who later dies in the hospital. It seems like a tragic accident, but further investigation reveals a story of love, infidelity and deadly obsession.