Are you searching for Tom Swift TV series news? You’ve come to the right place!

Best 2022-23 TV Shows
Get all the latest information on the Tom Swift new tv show here at newshowstv.com.

There are 100s of new 2022 TV shows and new 2023 series coming your way. Tom Swift Season 1 will be with us eventually, but when? We gather all the news on the series premiere of Tom Swift to bring you the most accurate Tom Swift coming soon news and premiere date. 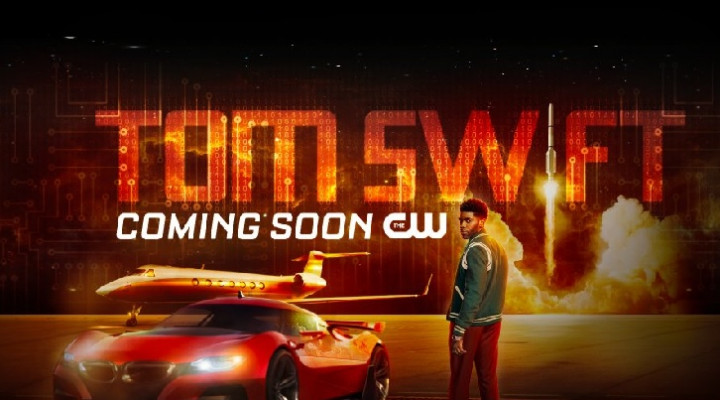 Whether Tom Swift is ultimately cancelled or renewed for Season 2 will be revealed, but one thing is for sure, Tom Swift is on our new and 2022 upcoming TV shows list!

The CW Network today announced the premiere date and time for the new drama series TOM SWIFT, which makes its debut on Tuesday, May 31 (9:00-10:00pm ET/PT) following an original episode of the hit series SUPERMAN & LOIS (8:00-9:00pm ET/PT).

As an exceptionally brilliant inventor with unlimited resources and unimaginable wealth, the devilishly charming Tom Swift (Tian Richards) is a man who many men would kill to be, or be with - a man with the world in the palm of his hand. But that world gets shaken to its core after the shocking disappearance of his father, thrusting Tom into a breathtaking adventure full of mysterious conspiracies and unexplained phenomena. On his whirlwind quest to unravel the truth, Tom finds himself fighting to stay one step ahead of an Illuminati-scale cabal hellbent on stopping him. Tackling this treacherous pursuit armed with his vast intellect, his roguish wit, and an endless supply of designer sneakers, he will also rely on his closest companions: his best friend Zenzi (Ashleigh Murray), whose unabashed and unvarnished candor keeps Tom grounded while she forges a path for herself as a business visionary; his bodyguard Isaac (Marquise Vilsón), whose fierce commitment to his chosen family is complicated by his own simmering feelings for Tom; and his AI, Barclay (voiced by LeVar Burton), whose insights and tough love have been a constant throughout Tom's life.

At home, Tom's relationship with his mother Lorraine (April Parker Jones) becomes conflicted as she urges him to take his father's place in elite Black society. But unbeknownst to Tom, his mother's request is driven by deep secrets of her own. What's more, the mysterious and dangerous Rowan (Albert Mwangi) intersects Tom's path with hidden motivations and undeniable mutual chemistry. While Tom navigates these emotionally charged dynamics, his missions will require his genius and his flair for innovation guided by romance, friendship and the mysteries of the universe yet unsolved.

The character of Tom Swift was originally introduced to audiences in season two of NANCY DREW. The series is inspired by the Tom Swift book series that hails from Stratemeyer Syndicate, which also publishes the Nancy Drew, Hardy Boys and Bobbsey Twins books.