Are you searching for Total Divas TV series news? You’ve come to the right place!

Get all the latest information on the Total Divas new tv show here at newshowstv.com.

There are 100s of new 2022 TV shows and new 2022 series coming your way. Total Divas Season 1 will be with us eventually, but when? We gather all the news on the series premiere of Total Divas to bring you the most accurate Total Divas coming soon news and premiere date. 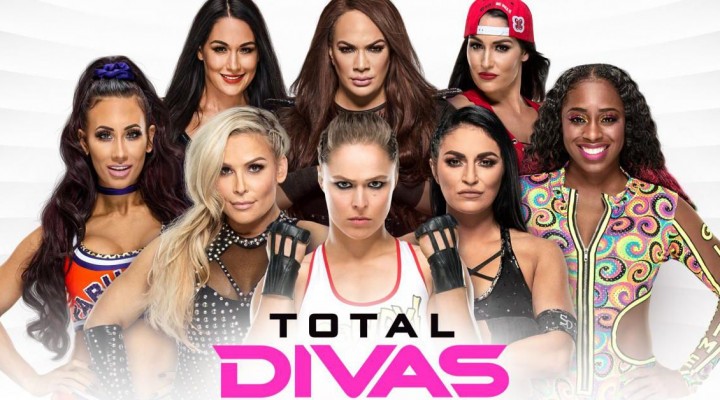 
Whether Total Divas is ultimately cancelled or renewed for Season 2 will be revealed, but one thing is for sure, Total Divas is on our new and 2022 upcoming TV shows list!

The hit series "Total Divas," is back with new and returning fan-favorite WWE(R) Superstars ready to face their fears, rise to new challenges and live their lives on their own terms as the new season premieres on E! Wednesday, October 2 at 10 PM ET/PT. WWE Superstar, Olympic Medalist and UFC Hall of Famer Ronda Rousey joins Natalya(R), Naomi(R) and Nia Jax(TM) for the new season, which also includes returning cast member Carmella(TM), and newcomer Sonya Deville(TM). Nikki Bella(R) and Brie Bella(R) will make guest appearances in the series as well. Click here for a sneak peek at the new season.

"Total Divas" kicks off showcasing another side of Ronda Rousey, as she gushes about her MMA fighter husband Travis Browne, enjoying her time in WWE and working on her ranch, Browsey Acres.

Natalya, mourning the death of her beloved father Jim "The Anvil(TM)" Neidhart, is taking things one day at a time and throwing herself into work. Her sights are set on winning the Royal Rumble(R) and a chance to become the WWE Raw(R) Women's Champion.

Nia is feeling confident after her victorious showing in the Battle Royal at WWE's first-ever all women's pay-per-view event Evolution(R). However, there is trouble in paradise when she learns who her next opponent will be.

Sonya is happy to be living out and proud and is ready for a serious relationship and respect in the ring. While settling into her new home in Ft. Lauderdale, an opportunity to move to Tampa presents itself and shakes up her entire world.

After her recent break up, Carmella is focused on what's important to her and her career. She is faced with backlash while trying to balance both her friendships and new romantic relationship, putting both to the ultimate test.

Naomi is excited to get down to business during the Royal Rumble in an effort to be the last woman standing. Having her close friends Sonya and Carmella on the road with her makes for many fun adventures along the way.

Nikki and Brie connect with the ladies, whether it's at their Birdiebee fashion show or on the road. Although the entrepreneurial sisters are busy with their businesses and filming "Total Bellas," the passion they share for WWE hasn't waned.