Are you searching for Wahlburgers TV series news? You’ve come to the right place!

Get all the latest information on the Wahlburgers new tv show here at newshowstv.com.

There are 100s of new 2022 TV shows and new 2022 series coming your way. Wahlburgers Season 1 will be with us eventually, but when? We gather all the news on the series premiere of Wahlburgers to bring you the most accurate Wahlburgers coming soon news and premiere date. 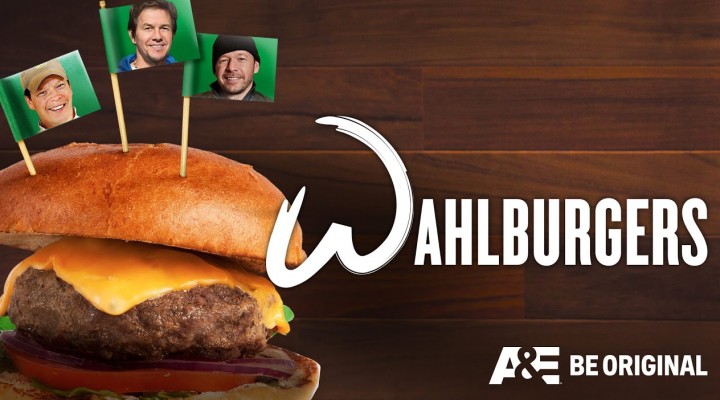 
Whether Wahlburgers is ultimately cancelled or renewed for Season 2 will be revealed, but one thing is for sure, Wahlburgers is on our new and 2022 upcoming TV shows list!

A&E Network is set to premiere the tenth and final season of award-winning fan-favorite series “Wahlburgers,” produced by 44 Blue Productions, a Red Arrow Studios company. The final season will continue to chronicle the lives of Mark, Donnie and Paul Wahlberg as they balance family and their rapidly growing business, which has become one of the fastest growing and most popular restaurants in the country. “Wahlburgers” final season starts on Wednesday, May 15 at 9pm ET/PT.Starting with one original location in Hingham, Massachusetts, Wahlburgers, the booming restaurant chain owned by Mark, Donnie and Paul Wahlberg, now has over 30 locations across the country. This season celebrates the success the Wahlberg brothers have worked so hard for, as they embark on a new frontier across the pond. Mark and Paul make their way to Germany, where they continue to work with the military to open restaurants in U.S. bases around the world. Matriarch Alma gets her own moment to shine when she is interviewed by a national morning show about her life as a mother of famous sons. Meanwhile, Donnie is under massive pressure to deliver on his promise to open his own Wahlburgers location in his hometown of St. Charles, Illinois. The series culminates with the brothers’ biggest challenge yet as they work to fulfill Alma’s dream of finally opening their namesake restaurant in their childhood hometown of Dorchester, Massachusetts. After years of hard work and personal sacrifice, the Wahlberg family finally returns home to where it all began.

“Creating the Wahlburgers restaurants has been an incredible experience and we are so grateful to have shared it with A&E viewers these last nine seasons,” said Mark Wahlberg.

“It’s been an amazing journey that has brought us closer together as a family and launched our little business to heights we never could’ve imagined,” said Donnie Wahlberg.

“We are so appreciative to the Wahlberg family for opening up their hearts and lives to the A&E viewers over the years,” said Elaine Frontain Bryant, Executive Vice President and Head of Programming, A&E Network. “We are so excited for the fans to see what the brothers have been cooking up for the final season.”

“It has been a true pleasure to bring the Wahlberg family into the homes of our viewers over the last nine seasons,” said 44 Blue Executive Producer Rasha Drachkovitch. “The goal in making ‘Wahlburgers’ was to not only entertain, but also to remind people about the power of family and the joy a little laughter can bring to tough situations. With this final season, our hope is that everyone takes a bit of Donnie, Mark, Paul and Alma along with them.”