Are you searching for Wednesday TV series news? You’ve come to the right place!

Best 2022-23 TV Shows
Get all the latest information on the Wednesday new tv show here at newshowstv.com.

There are 100s of new 2022 TV shows and new 2023 series coming your way. Wednesday Season 1 will be with us eventually, but when? We gather all the news on the series premiere of Wednesday to bring you the most accurate Wednesday coming soon news and premiere date. 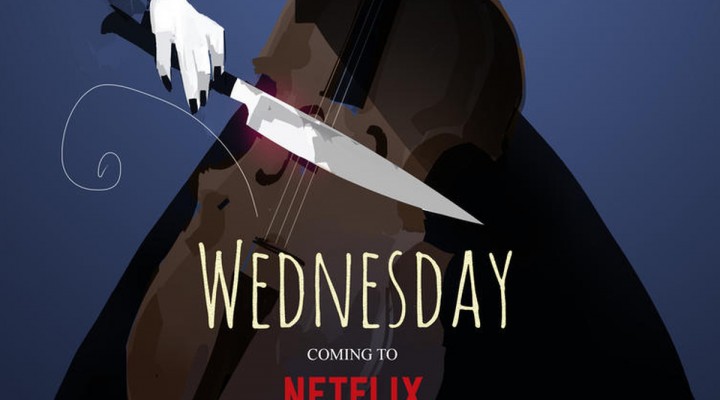 Whether Wednesday is ultimately cancelled or renewed for Season 2 will be revealed, but one thing is for sure, Wednesday is on our new and 2022 upcoming TV shows list!

It was previously announced that Jenna Ortega (Scream, The Fallout) would star in the titular role of "Wednesday Addams" with Catherine Zeta-Jones (Chicago, Traffic) and Luis Guzmán (Boogie Nights, Traffic) guest starring as "Morticia Addams" and "Gomez Addams" respectively in the new live-action, comedic coming-of-age tale, Wednesday, from Netflix and MGM.

· Hunter Doohan (Your Honor, Truth Be Told) will play Tyler Galpin. A townie who strikes up an unlikely friendship with Wednesday Addams. Tyler has a troubled relationship with his father, the local sheriff.

· Georgie Farmer (Treadstone, The Evermoor Chronicles) will play Ajax Petropolus. A student at Nevermore Academy who also happens to be a Gorgon. Awkward and shy, Ajax is anxious about looking anyone in the eye.

· Emma Myers (Girl in the Basement, Taste of Christmas) will play Enid Sinclair. She is Wednesday's sunny and colorful Californian roommate at Nevermore Academy. Enid hails from a pack of San Francisco Werewolves.

· Naomi J. Ogawa (Skylin3s) will play Yoko Tanaka. A vampire with Harajuku-inspired Goth flair and one of the cool kids at Nevermore Academy.

· Joy Sunday (Dear White People, The Beta Test) will play Bianca Barclay. One of Nevermore Academy's most popular students, Bianca descends from a long line of Sirens with a mesmerizing power to persuade.

· Percy Hynes White (The Gifted, Pretty Hard Cases) will play Xavier Thorpe. A charismatic and supernaturally artistic Nevermore Academy student, who comes from wealth thanks to his celebrity psychic father.

· Thora Birch (Ghost World, The Walking Dead) will play Tamara Novak. Wednesday's dorm mother and the only "Normie" on staff at Nevermore Academy with a focus on all things botanical.

· Riki Lindhome (Knives Out, Another Period) will play Dr. Valerie Kinbott. A local therapist in the sleepy town of Jericho who takes a particular interest in her newest patient Wednesday Addams.

· Jamie McShane (Mank, Bloodline) will play Sheriff Donovan Galpin. Born and bred in Jericho, this Sheriff has always had an issue with Nevermore Academy and a vendetta against former student Gomez Addams.

· Logline: The series is a sleuthing, supernaturally infused mystery charting Wednesday Addams' years as a student at Nevermore Academy. Wednesday attempts to master her emerging psychic ability, thwart a monstrous killing spree that has terrorized the local town, and solve the supernatural mystery that embroiled her parents 25 years ago - all while navigating her new and very tangled relationships at Nevermore.