Are you searching for Welcome To Flatch TV series news? You’ve come to the right place!

Best 2022-23 TV Shows
Get all the latest information on the Welcome To Flatch new tv show here at newshowstv.com. 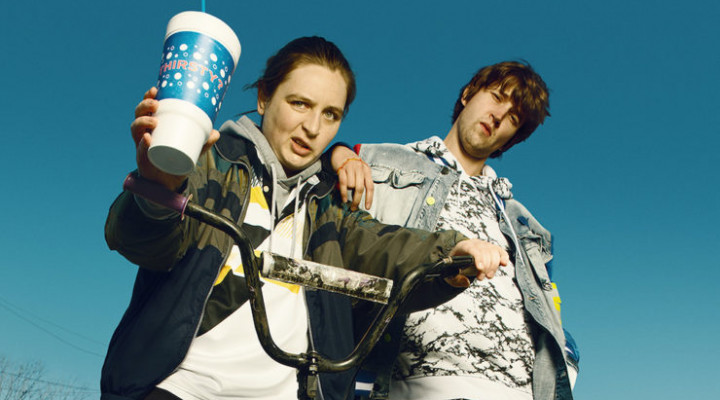 As previously announced, new single-cam docu-com WELCOME TO FLATCH premieres on Thursday, March 17 (9:30-10:00 PM ET/PT). Inspired by BBC Studios' BAFTA-winning BBC format, "This Country," WELCOME TO FLATCH is a half-hour comedy written and executive-produced by Emmy and Golden Globe Award winner Jenny Bicks ("Sex and the City," "The Greatest Showman") and directed and executive-produced by DGA Award winner and Emmy Award nominee Paul Feig ("The Office," "Bridesmaids"), who also wrote two episodes. When a documentary crew sets out to explore the lives of residents in a small American town - their dreams, their concerns - they stumble upon the midwestern town of Flatch, which is made up of many eccentric personalities. It's a place you want to visit and maybe even stay. If there was a decent motel. Which there is not. The series stars newcomer Holmes, Sam Straley ("The Kids Are Alright"), Seann William Scott ("Lethal Weapon," "American Pie" franchise), Aya Cash ("The Boys," "You're The Worst"), Taylor Ortega ("Succession") and newcomers Krystal Smith and Justin Linville. WELCOME TO FLATCH is produced by Lionsgate, BBC Studios' Los Angeles production arm and FOX Entertainment. It is executive-produced by Perkins Street Productions' Bicks, Feigco Entertainment's Feig, BBC Studios' Angie Stephenson and Charlie Cooper and Daisy May Cooper, who created the original BBC series.