Are you searching for Wrong Man TV series news? You’ve come to the right place!

Get all the latest information on the Wrong Man new tv show here at newshowstv.com.

There are 100s of new 2022 TV shows and new 2022 series coming your way. Wrong Man Season 1 will be with us eventually, but when? We gather all the news on the series premiere of Wrong Man to bring you the most accurate Wrong Man coming soon news and premiere date. 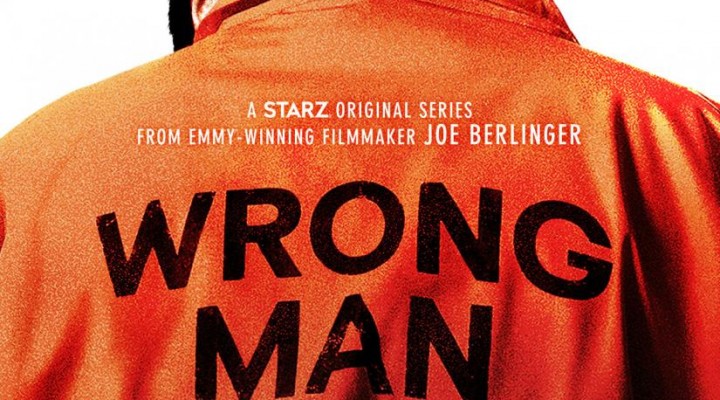 
Whether Wrong Man is ultimately cancelled or renewed for Season 2 will be revealed, but one thing is for sure, Wrong Man is on our new and 2022 upcoming TV shows list!

Santa Monica, Calif., - June 28, 2019 - Starz, a Lionsgate company (NYSE: LGF.A, LGF.B), announced today that the STARZ Original series "Wrong Man" has been picked up for a second season. "Wrong Man" Season 2 is a six-episode series from Oscar(R)-nominated and Emmy(R)-winning filmmaker Joe Berlinger (Paradise Lost trilogy, Conversations with a Killer: The Ted Bundy Tapes) that re-investigates three cases of inmates who have been incarcerated for decades and who claim they were wrongfully convicted of brutal crimes.

"With 'Wrong Man,' Joe and his team have created a format unique to the true crime genre that is both compelling for viewers and has had real life implications for the wrongfully accused individuals involved in these cases," said Jeffrey Hirsch, Starz COO. "With a second season, we look forward to deploying our team of experts on three new cases, to continue to explore whether justice was in fact served."

The announcement comes just days after the Supreme Court struck down the conviction of death row inmate Curtis Flowers, whose case was examined in the first season of "Wrong Man." Flowers was prosecuted six times for the same crime of quadruple murder and by the same prosecutor, in a case riddled with evidentiary problems and allegations of racial bias. In his dissenting opinion, Supreme Court Justice Clarence Thomas acknowledged that the case might not have even been heard by the Supreme Court if it had not been for the media that re-investigated the case. "Wrong Man" devoted two of its six episodes to the case.

Additionally, the first season also examined the case of Christopher Tapp, who was convicted of the 1996 sexual assault and murder of an 18-year-old girl in Idaho. Tapp was coerced into confession of the crime after 72 hours of interrogations and sentenced to life in prison. After serving nearly 21 years in prison, the real killer was finally found through forensic genealogy. Tapp's lawyer said, "'[The show's] in-depth investigation into the Tapp conviction helped free an innocent man."

Finally, in the case of Evaristo Salas, the third case from Season 1, the "Wrong Man" investigators were able to convince a confidential informant - the main evidence against Salas - to recant his testimony.

"Wrong Man" creator Berlinger continues to fight passionately for the wrongly accused by highlighting systematic abuses in the U.S. criminal justice system. "For over two decades, I have focused a large part of my career on the issue of wrongful conviction and have personally experienced how storytelling in this arena can literally mean life or death for those falsely convicted," he said. "The fact that our first season produced tangible results in all of the cases we investigated, and that Starz has thrown its support behind this issue is incredibly inspiring. We have an amazing team of filmmakers and investigators who are digging into three new cases with unwavering commitment to seeking the truth in these cases."

This season, two of the three cases feature female inmates. Vonda Smith, a grandmother with no criminal history, was convicted of beating her grandchild's mother - 21-year-old Jessie Morrison - beyond recognition and dumping her on a remote country road. She claims she is innocent and loved the victim like a daughter.

Patricia Rorrer has been in prison since 1998, convicted of the horrific murder of a young mother, Joann Katrinak, and her 16-week old son, in Catasauqua, Pennsylvania. Rorrer claims the DNA evidence used to send her away is "junk science."

Death row inmate Kenneth Clair who was convicted of the brutal torture and murder of a young babysitter named Linda Rodgers in 1984 in Santa Ana, California. The only eyewitness to the murder - a five-year-old child - told police officers "a white man did it." Kenneth Clair is black, and no forensic evidence ties him to the crime scene.