Get all the latest information on the Wyatt Cenac’s Problem Areas new tv show here at newshowstv.com. 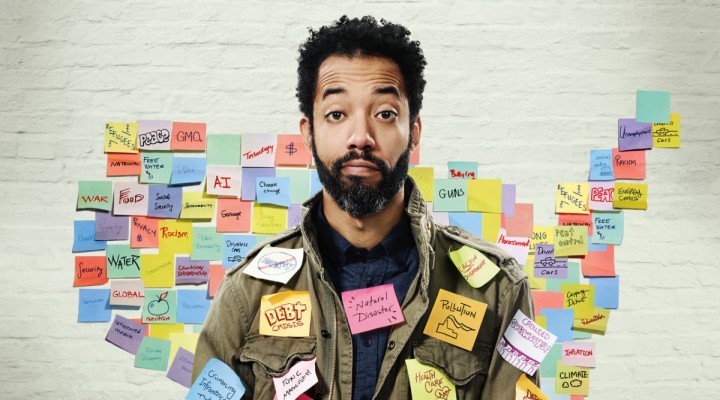 This season focuses on education in America, investigating teacher pay, student mental health, the school-to-prison pipeline and other pressing topics. Cenac will visit West Virginia, Oregon, California, Minnesota and other areas around the country to learn how communities navigate issues facing public education.

While education today serves as the season's primary focus, WYATT CENAC'S PROBLEM AREAS will address other issues, including the unionization of fast-food workers and the potential dangers of facial recognition software, as well as comedic solutions to lighter topics, such as how to get more steps in at the office or how to teach kids practical skills, like filing taxes.

Among the critical praise for the first season, which focused on the complex issues surrounding policing, the Los Angeles Times hailed the show as "an inquisitive approach that often yields as much a sense of humanity as humor," while the A.V. Club called it "refreshing and necessary," and ESPN's The Undefeated described the series as "a show unlike anything else on late-night, a mix of mirth, seriousness and palpable sensitivity."

From 2008 to 2012, Wyatt Cenac was a writer and popular correspondent on the hit late-night series "The Daily Show with Jon Stewart," where he earned three Emmy(R) Awards and one WGA Award. His hour-long stand-up special, "Brooklyn," which he directed, was nominated for a 2015 Grammy for Best Comedy Album. His other TV credits include a starring role in the series "People of Earth," plus "Archer," "Maron," "Bojack Horseman" and "Bob's Burgers."