Are you searching for Zapped TV series news? You’ve come to the right place!

Get all the latest information on the Zapped new tv show here at newshowstv.com.

There are 100s of new 2022 TV shows and new 2022 series coming your way. Zapped Season 1 will be with us eventually, but when? We gather all the news on the series premiere of Zapped to bring you the most accurate Zapped coming soon news and premiere date. 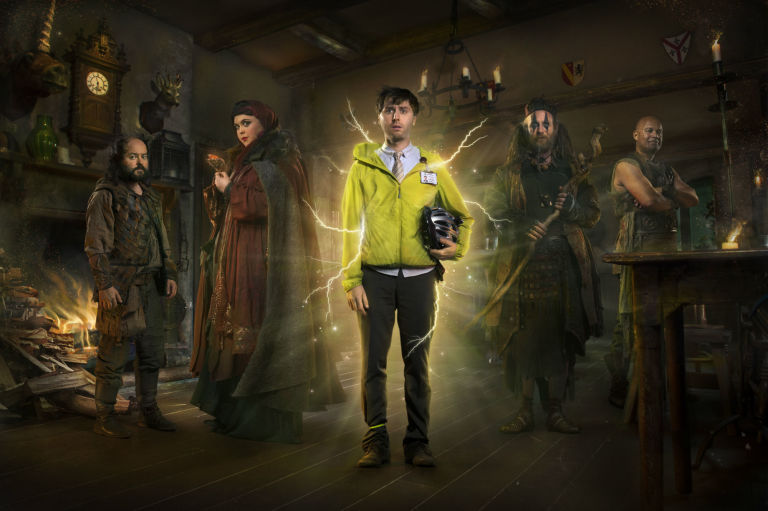 Whether Zapped is ultimately cancelled or renewed for Season 2 will be revealed, but one thing is for sure, Zapped is on our new and 2022 upcoming TV shows list!

In Zapped, Brian Weaver (James Buckley), an online data marketing assistant (even he doesn't know what that is) finds himself abruptly transported to a parallel world. Fortunately, there's a pub. There he meets the owner, Herman (a former warrior; Louis Emerick) plus a handful of regulars: Barbara (a hopeless soothsayer; Sharon Rooney), Steg (an armchair revolutionary; Ken Collard) and Howell (a brain-fried Wizard; Paul Kaye).
Brian is desperate to get home, and his new acquaintances are no help at all. Instead he finds himself being sucked into a world he doesn't understand, full of psychopathic Fairies, Shell Men, seductive Demi-Fins, vicious Throcks and the frighteningly unpredictable side-effects of Howell's magical powers. It's even worse than being an online data marketing assistant.