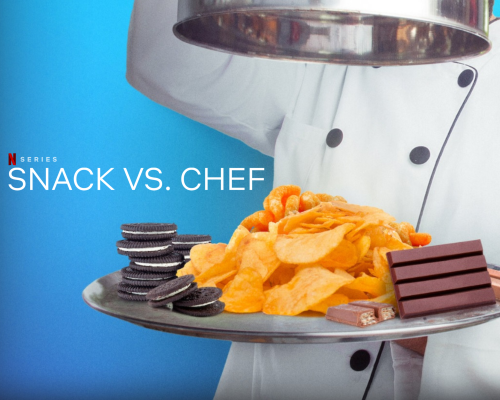 Watch the official trailer of the new food competition series on Netflix, Snack VS. Chef. It stars comedians Megan Stalter and Hari Kondabolu as hosts of the show. Catch it on the streaming service to witness their process for creating their million-dollar ideas as it premieres on November 30.

The series features twelve chefs as they compete in a showdown for a $50,000 reward by recreating traditional snacks and creating their own unique treats.

About Snack VS. Chef TV Show

Hosted by comedians Megan Stalter and Hari Kondabolu, this new food competition sees 12 chefs go head-to-head in the ultimate snack showdown. Not only must they recreate some of the world's most iconic snacks, they'll also be challenged to invent their own original snacks inspired by beloved classics. Only one will prevail and claim the $50,000 prize.