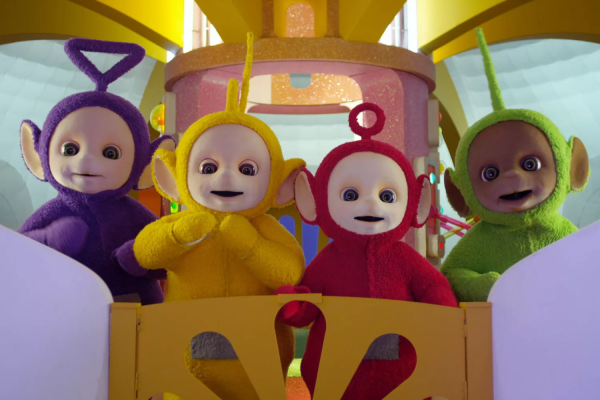 A reboot of the fan-favorite Teletubbies (1997-2001) is coming on Netflix. It will have the same name and will premiere on November 14. According to the trailer, Burgess will reintroduce the Teletubbies to a new audience in a series that is identical to the original in tone and format.

Tituss Burgess serves as the series’ narrator, and Rachelle Beinart, Rebecca Hyland, Nick Chee Ping Kellington, and Jeremiah Krage play the recognizable roles. There will also be a brand-new, original “Tummy Tales” song in each of the 12 episodes. Julia Pulo will be hosting “Tummy Tales.”

Most people who watched the series as a kid has grown up, with some becoming parents. With this new series, kids of this generation can go on adventures and grow up with Tinky Winky, Dipsy, Laa-Laa, and Po.

Join friends Tinky Winky, Dipsy, Laa-Laa and Po on wonder-filled adventures as they learn and grow in this colorful refresh of the classic series.