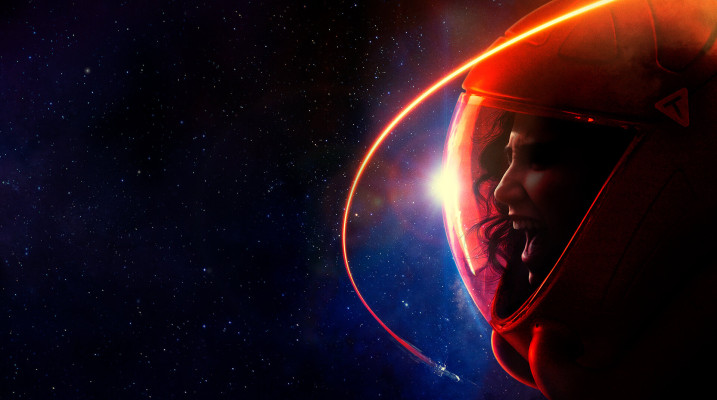 SYFY will take you to outer space with their upcoming new series, The Ark. This sci-fi series from Dean Devlin and Jonathan Glassner involves intergalactic travel and a spaceship. It takes place aboard the Ark One, an interstellar vessel carrying humanity’s only hope for survival. You can expect the series to debut sometime on February 2023.

Speaking in-depth about the project for the first time, Devlin says a conversation with Michael Wright, the former Head of Programming for TNT, TBS, and Turner Classic Movies (Wright currently oversees MGM+, formerly known as Epix), started the idea behind the show’s concept.

“He was just saying how he loves spaceship shows and [how] there’s not a lot of them anymore,” Devlin recalls. “He just always thought it was such a ripe area to have these people locked in this contained environment. After that conversation, I just kept thinking about it and thinking about it. This story came into my head and I just wrote it to see if I could write it. Then I sent it out and SYFY loved it and wanted to go forward with it … It’s just been one of the most joyful, fascinating, interesting projects I’ve ever done.”

Marc Roskin and Rachel Olschan-Wilson of Electric Entertainment serve as executive producers alongside Devlin and Glassner. Also, the producers are Jonathan English of Balkanic Media and Steve Lee.

About The Ark TV Show

The Ark takes place 100 years in the future when planetary colonization missions have begun as a necessity to help secure the survival of the human race. The first of these missions on a spacecraft known as Ark One encounters a catastrophic event causing massive destruction and loss of life. With more than a year left to go before reaching their target planet, a lack of life-sustaining supplies and loss of leadership, the remaining crew must become the best versions of themselves to stay on course and survive.